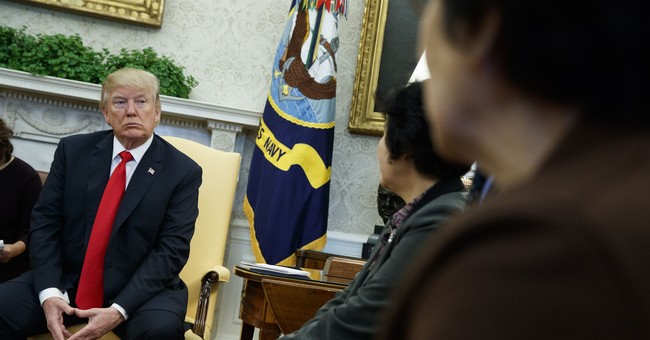 With the memo finally released, it seems the suspicion of the Trump dossier being used to secure a FISA warrant is confirmed. A former British spy, Christopher Steele compiled the shoddy document. The research firm Fusion GPS hired him after their services were retained by the Hillary Clinton campaign during the 2016 election. It’s largely uncorroborated gossip, but at its heart is the fact that it’s not really a dossier; it’s a piece of partisan opposition research. It’s typical for presidential campaigns, but being used to secure FISA warrants to spy on Americans is a different story. Trump associate Carter Page was the target, by the way. The Wall Street Journal’s editorial board added it seems the FBI became tools for anti-Trump political players. They also added that the memo’s release runs contrary to the claims from the Department of Justice and the FBI that this is a reckless disclosure of information, as no intelligence assets are revealed or exposed. The board also noted how the bureau was not straight with Congress, omitting the Steele-Clinton connection:

Now we know why the FBI tried so hard to block release of the House Intelligence Committee memo. And why Democrats and the media want to change the subject to Republican motivations. The four-page memo released Friday reports disturbing facts about how the FBI and the Foreign Intelligence Surveillance Court appear to have been used to influence the 2016 election and its aftermath.

The White House declassified the memo Friday, and you don’t have to be a civil libertarian to be shocked by the details. The memo confirms that the FBI and Justice Department on Oct. 21, 2016 obtained a FISA order to surveil Carter Page, an American citizen who was a relatively minor volunteer adviser to the Trump presidential campaign.

The memo says an “essential” part of the FISA application was the “dossier” assembled by former British spy Christopher Steele and the research firm Fusion GPS that was hired by a law firm attached to the Clinton campaign.

We don’t know the political motives of the FBI and Justice officials, but the facts are damaging enough. The FBI in essence let itself and the FISA court be used to promote a major theme of the Clinton campaign. Mr. Steele and Fusion then leaked the fact of the investigation to friendly reporters to try to defeat Mr. Trump before the election. And afterward they continued to leak all this to the press to cast doubt on the legitimacy of Mr. Trump’s victory.

No matter its motives, the FBI became a tool of anti-Trump political actors. This is unacceptable in a democracy and ought to alarm anyone who wants the FBI to be a nonpartisan enforcer of the law.

The whole op-ed is worth the read. The ended by saying if there is any damage, it’s all self-inflicted. The FBI has to spy on Americans at times, but it appears as if that power was abused during the 2016 election. This memo war is far from over. Moreover, one wonders what the threshold is for securing a warrant. We know it’s low, as this secret court approves warrant requests at a near universal rate. Still, a shoddy and uncorroborated piece of opposition research from a presidential campaign can secure a warrant…against the opposing campaign because a Yahoo! article backs up said document that was leaked to the press by its author. Steele and Fusion were the main sources for a Michael Isikoff article, which was reportedly used to support the government’s case in securing this warrant. The Democratic memo on this matter, which is a response to the one released this week, disputes this claim. And now we wait again for the next document dump, as we piece this thing together.