One Liberal Democrat Is Willing To Vote For Trump's Border Compromise 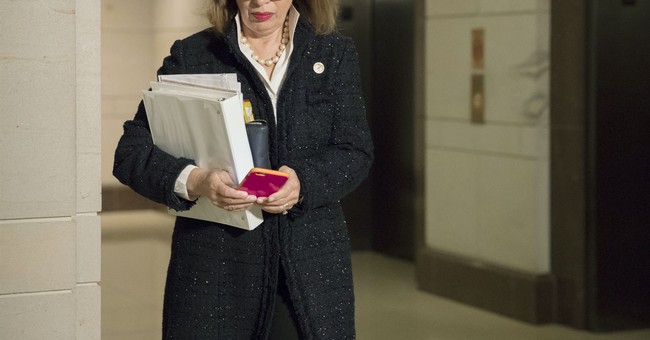 With a government shutdown looming, President Trump met with Republicans and Democrats about hashing out a deal on immigration, which seems to be the biggest obstacle and a top action item for both the White House and congressional leaders. As Michael Wolff has magnified rumors of Trump’s mental instability thanks to an error-ridden book, the president allowed the cameras to roll, as the commander-in-chief went around the room getting the views that different members of Congress have on this issue. He pressed both sides on their talking points, noting that a wall has to be part of the deal. We’ll see how Democrats warm up to this, if they ever warm up to it. Though the room did have a consensus on DACA and border security. The event shocked the media, showed that Trump was in control, and was a great public relations move by the White House. And it might have yielded some dividends. One hard-core liberal, Rep. Jackie Speier (D-CA), said she was willing to vote for a package that granted protections to DACA recipients, while providing funding for a wall (via NTK Network):

“I want to protect these 800,000 DACA kids, and I’m willing to go midway with the president and the Republicans to fund higher tech walls along our border,” she said, emphasizing her willingness to help the GOP pass border security.

[MSNBC Host Craig] Melvin pushed Speier to clarify, asking, “You are okay with giving the president his wall in exchange for DACA?”

The California representative emphasized a “high-tech wall,” but added that she “would even be willing to give him some amount of money to build his wall to a certain degree.”

Yes, it’s just one congresswoman, but if a liberal Democrat, like Speier, who is not a fan of Trump, can find some flexibility, there could be a good starting point here.