Are You Kidding Me? Liberal Rag Says Hallmark Channel Is A Bastion For Trumpian White Nationalism 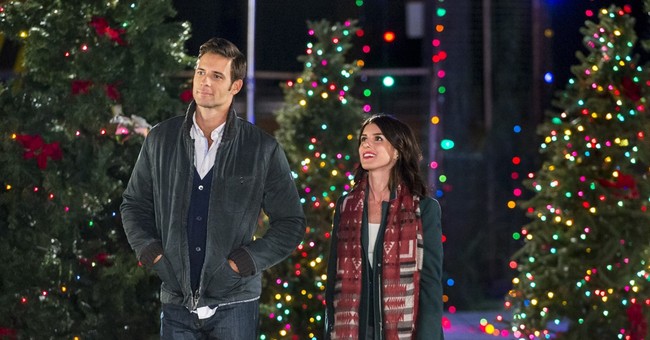 When it comes to entertainment, I’m really not in the cultural conservative camp. I watch what I want to watch, whether that is Game of Thrones or Rocko’s Modern Life. Yes, I like action movies. Yes, I like bloody horror films. Yes, the bloodier and gorier, the better in that category. Around Christmas time, yes, I will confess I sometimes watch a Hallmark Christmas movie. They’re cheesy. All aspects about it are too good to be true, but to get into the season and to take a break from my usual viewing of graphic violence, I’ve seen worse. Apparently, though—it’s very problematic because everyone is white, there are no feminists, no Muslims, and the male leads have white nationalist haircuts—whatever that means. It’s your typical contrarian drivel from Slate, a Washington Post-affiliated site. Oh, and the areas with the strongest viewership are in states where Trump won. I smell collusion. I smell propaganda, right? No, I actually don’t because I’m not a progressive, but the analysis is quite entertaining [emphasis mine]:

Okay—well, moving beyond the moronic question why aren’t there any Muslims in a Christmas movie, some parts of this breakdown are true, like the implausible plots of some of these films. Yet, everything else is just total crap. Not in the sense that it’s wrong, but who cares? Honestly, who the hell cares if Santa Claus is white? As a person of color, I couldn’t care less. Santa is an old white guy who brings joy to millions of children of all races and creeds on Christmas, or so the legend says. It’s about spending time with your family, gift-giving, and a reflection of what you’re thankful for as the year comes to a close—NOT wondering why there aren’t any feminists in the friggin’ Christmas village. Not everything has propagandistic intent. Not everything is for a sociopolitical analysis. Not everything is political, but this is the Left. They will make you care, they will ruin your Christmas to talk about white privilege and other nonsense, and they will break you and beat you until you submit; until everyone is on their side of the arc of history and as equally miserable as they are in life. So, I’m not a die-hard Hallmark fan, but because of this—yes, I will watch a few more of this network’s movies, no matter how embarrassing they are. Well, maybe after Home Alone and Die Hard—the best Christmas movie of all time.