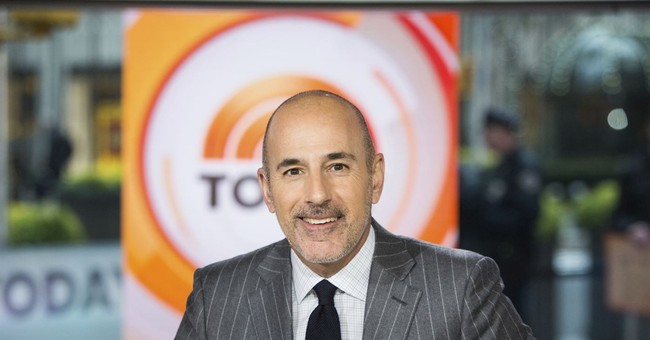 Let’s start with a general baseline here: sexual harassment is unacceptable. The creeps have to go. Period. This is beyond dispute. As more and more women come forward detailing horrific stories of harassment and in some cases assault, the dominos are falling. Charlie Rose, Matt Lauer, and Mark Halperin, fixtures of American political journalism and the morning shows have fallen after lurid and depraved tales of harassment came to light. Harvey Weinstein, the once top-Hollywood producer, was the first to fall in this reckoning that’s sweeping the world. Yet, there is some silver lining regarding the political angle of this; some liberals are seeing that they made a huge mistake in giving Bill Clinton a pass on his credible rape allegations, and that the notion that a liberal Democrat shouldn’t face accountability because they vote the right way has set a terrible precedent. Just look at Sen. Al Franken (D-MN) and Rep. John Conyers (D-MI)—it looked like they were staying. Conyers recently announced he was retiring, but Franken remains. It’s an explicit double standard, which is why Republican voters in Alabama probably don’t care that they’re going to vote for a man—Roy Moore—with some serious sexual misconduct allegations in the Alabama Senate special election next week. Yet, roping this back to Clinton, some on the Left have taken the Weinstein-Me Too movement to go off on another tangent, which is rehashing the sexism sunk Hillary Clinton in 2016.

No, I’m not joking. Halperin, Rose, and Lauer were the top three examples cited by feminist writer Jill Filipovic in a recent New York Times op-ed:

Many of the male journalists who stand accused of sexual harassment were on the forefront of covering the presidential race between Hillary Clinton and Donald Trump. Matt Lauer interviewed Mrs. Clinton and Mr. Trump in an official “commander-in-chief forum” for NBC. He notoriously peppered and interrupted Mrs. Clinton with cold, aggressive, condescending questions hyper-focused on her emails, only to pitch softballs at Mr. Trump and treat him with gentle collegiality a half-hour later. Mark Halperin and Charlie Rose set much of the televised political discourse on the race, interviewing other pundits, opining themselves and obsessing over the electoral play-by-play. Mr. Rose, after the election, took a tone similar to Mr. Lauer’s with Mrs. Clinton — talking down to her, interrupting her, portraying her as untrustworthy. Mr. Halperin was a harsh critic of Mrs. Clinton, painting her as ruthless and corrupt, while going surprisingly easy on Mr. Trump. The reporter Glenn Thrush, currently on leave from The New York Times because of sexual harassment allegations, covered Mrs. Clinton’s 2008 campaign when he was at Newsday and continued to write about her over the next eight years for Politico.

A pervasive theme of all of these men’s coverage of Mrs. Clinton was that she was dishonest and unlikable. These recent harassment allegations suggest that perhaps the problem wasn’t that Mrs. Clinton was untruthful or inherently hard to connect with, but that these particular men hold deep biases against women who seek power instead of sticking to acquiescent sex-object status.

A month ago, Rebecca Traister wrote in New York magazine that with the flood of sexual harassment charges, “we see that the men who have had the power to abuse women’s bodies and psyches throughout their careers are in many cases also the ones in charge of our political and cultural stories.” With the Lauer accusations, this observation has come into sharper focus on one particular picture: the media sexism that contributed to Hillary Clinton’s loss.

These “Crooked Hillary” narratives pushed by Mr. Lauer, Mr. Halperin, and a long list of other prominent journalists and pundits indelibly shaped the election, and were themselves gendered: Hillary Clinton as a cackling witch, Hillary Clinton a woman it was easy to distrust because she was also a woman seeking power, and what kind of woman does that?

Well, this is certainly one point of view. I can see why it would spread like wildfire among the hard left of America. I just don’t think women are that dumb. Leaving out Millennials, a lot of the electorate had seen this movie before with the Clintons, which is why the email scandal was such an issue. There was a dreadful mishandling of the situation. The campaign’s inability to get ahead of it because every reason they gave turned out to be debunked by the media within days. No, this private email server was not secure. It was not authorized by the State Department and yes—a couple classified emails were sent through, emails that were given such a classification when they were sent and received. This notion from her campaign no would care or think it would be a big deal that a presidential candidate possibly mishandled classified information by having an unapproved server in her home from which she conducted all official State Department business is baffling. If a Republican did this, the coverage would have been just as extensive. It’s a story. Yet, in typical fashion, the way in which Clinton handled the story gave off the impression to voters that she was secretive, played politics all the time, and thought there was a separate set of rules for her; the exact same criticisms that were lobbed against them when Bill was in the White House.

As a result of this email fiasco, she was killed in character issues. Yes, she was viewed as dishonest and untrustworthy. That’s not some media narrative conjured by Lauer, Halperin, and Rose. Yes, a lot of Bernie Sanders supporters thought so, which was compounded by the DNC emails that showed staffers plotting ways to sink his campaign.

It’s really getting late for this; Democrats have to come to terms with the fact that Hillary Clinton is not Bill, and that Hillary is and always has been a terrible candidate, and now a two-time presidential loser who will never be president.  Maybe she lost because she had no economic message, maybe she lost because she didn’t visit the Rust Belt, and maybe if she didn’t energize the GOP base by calling us ‘deplorable’—she might have won. Donald Trump wasn’t a strong candidate, but the states that decided this election thought Hillary was worse. Trump actually had an economic plan, spoke to their issues, and came to their neck of the woods. Clinton did not. She was banking on the Obama coalition coming out for her, which is an appalling political misstep. Only Barack Obama could have done that and he wasn’t running this year. Also, young people really didn’t like Clinton either; they were on the Bernie bus.

Fifty-two percent of white women voted for Trump; 62 percent of white working class women voted for Trump. I think there’s a problem with the sexism narrative. I think Hillary lost probably one of the most winnable elections in recent memory because she had no agenda, she was unlikable, and she was using shoddy data for turnout projections. She didn’t visit the right areas and on top of that, I thought it was the Russians and the FBI who blew this race for her. I mean that’s what she’s been saying on this warpath of a book tour she’s executed. Until the Left comes to terms with the fact that Hillary just plain sucked, they will have many crutches to explain why their gal was on the losing end of one of the most stunning political upsets in American history.