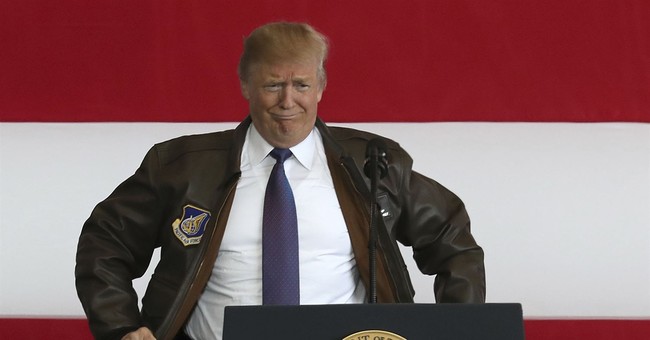 I’m sure you saw the headline in August: the Democrats are surging in the generic ballot poll ahead of the 2018 midterms. This coupled with President Trump’s lackluster approval ratings had Democrats licking their lips; there’s a blue wave coming, right? Wrong. We have no clue about that. What’s being projected by the folks at Real Clear Politics is that should Trump’s approval numbers go up, and that if he could break 40 percent—an easy task—Republicans should either hold steady or lose a seat. But they still hold the majority. For the House, well, it’s more of a difficult task, while Democrats eye the 24 or so districts that broke for Clinton, but have a GOP representative—they also have to hold the dozen or so Democratic seats that went for Trump in 2016. Moreover, Third Way, a left-leaning think tank, noted “Democrats still would not win the House even if they could get every single 2016 Clinton voter who backed a Republican House candidate to turn out again in 2018 and cross over.” Suburban areas could be ripe for a takeover offensive, but there are not enough of them, and every district has a different electorate. It’s not one-size-fits-all.

Now, a recent Washington Post/ABC News poll noted that when you gauge likely 2018 voters, the generic ballot advantage vanishes, with more Republicans saying they’re showing up to support Trump in 2018 than Democrats who want to send a message.

In a hypothetical national ballot, Democratic congressional candidates hold a robust 11-point lead over their GOP counterparts, 51-40 percent, among registered voters overall. But winnow down to those who say they voted in the last midterms and are certain to do so again and the contest snaps essentially to a dead heat, 48-46 percent.

…For one thing, despite Donald Trump’s historic unpopularity, almost as many Americans say they’ll vote in 2018 to show support for Trump as to show opposition to him, 22 vs. 26 percent, with half saying he won’t be a factor. Indeed 57 percent of Republicans say they’ll vote to show support for Trump, while fewer Democrats, 46 percent, intend to send a message against him.

The point is that this won’t be easy. Let’s also rehash David Wasserman of Cook Political Report and his August assessment of the 2018 races, which he wrote about in FiveThirtyEight [emphasis mine]:

Even if Democrats were to win every single 2018 House and Senate race for seats representing places that Hillary Clinton won or that Trump won by less than 3 percentage points — a pretty good midterm by historical standards — they could still fall short of the House majority and lose five Senate seats.

In the last few decades, Democrats have expanded their advantages in California and New York — states with huge urban centers that combined to give Clinton a 6 million vote edge, more than twice her national margin. But those two states elect only 4 percent of the Senate. Meanwhile, Republicans have made huge advances in small rural states — think Arkansas, North and South Dakota, Iowa, Louisiana, Montana and West Virginia — that wield disproportionate power in the upper chamber compared to their populations.

In 2016, Trump lost the national popular vote by 2.1 percentage points, but Republicans won the median House seat by 3.4 points and the median Senate seat by 3.6 points — that’s the widest Senate gap in at least a century and tied with 2012 for the widest House disparity in the last half-century. That doesn’t mean Democrats can’t win the House and Senate back — they won control of both chambers in 2006 despite a Republican-bias that year, for example — but they’re starting from a truly historic geographic disadvantage, even with the political wind at their back.

Besides having no message, or agenda, for the rest of the country who isn’t an adherent to the authoritarian ethos of political correctness and identity politics, and a dismal fundraising operation—the Democratic Party could hit their own geographic wall. Without support from rural America, it makes it harder for them to draft more favorable congressional districts, win state legislature seats to accomplish that goal, and expand the electoral map in national elections. They seem convinced that if they move left enough, get more nonwhites to vote, they can clinch a win. If the economy continues to do well, then that’s another factor to revisit in all of this data crunching. For now, likely voters sink the Democratic generic ballot advantage. Now, the criticism is that it’s not 2014, so the self-reported voter data muddies the results, but nixing the 2014 self-reported vote and just going by registered voters who plan to vote in 2018 produces a voter turnout of 59 percent—that’s presidential level and probably not going to happen.

On a side note, I would like to give a hit tip to ABC News for their take on this polling data, as opposed to The Washington Post, which decided it was best to keep liberal readers’ blood pressures at healthy levels.