Red China Collapsing: Chinese Communist Propaganda Is Not Catching On With The Youth 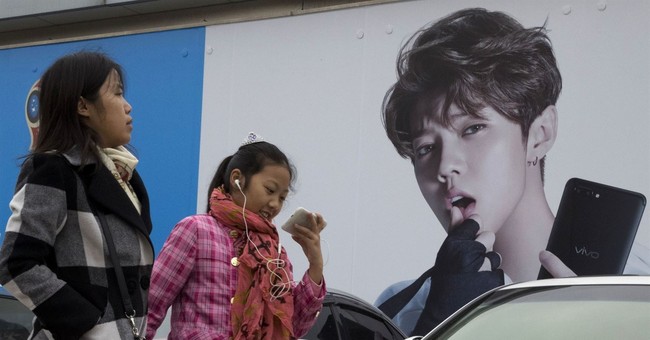 Mao Zedong must be spinning in his grave. The Chinese youth are not really buying into the communist propaganda peddled by the government and that’s making some government officials very nervous. The red flags were shown when a propaganda film about the founding of the People’s Liberation Army totally flopped at the box office. It was also mocked by the younger generation (via Newsweek):

Chinese people are increasingly ignoring party propaganda and are much more interested in movie stars, who represent a new lifestyle and more exciting aspirations,” Willy Lam, an expert on Chinese politics at the Chinese University of Hong Kong, told the Associated Press.

While the Communist Party once exercised an iron grip on what it’s citizens saw and read, a loosening of restrictions means that propaganda must now compete with movies and dramas produced by the country’s booming entertainment industry, and the stars it has spawned.

Fathers of the Army is not the only expensive government-sponsored movie to lose out in the popularity stakes.

In October, The South China Morning Post reported that Sky Hunter, which was hatched at the instigation of military propaganda chiefs and featured two of the country’s youthful a-list stars, also flopped at the box office on its opening weekend.

Behind the spate of glossy but clumsy propaganda blockbusters is a drive by Chinese President Xi Jinping to spread traditional Chinese values among youths seduced by celebrity culture and consumerism.

Authorities have capped the high pay commanded by TV stars, moved to close down celebrity gossip accounts on social networking site Weibo, and a called on web giants behind the Great Firewall of China to actively propagate core socialist values.

Yet, observers noted that the Communist Party of China is facing a losing war in their fight against the Internet and the changing values of the nation’s youth.