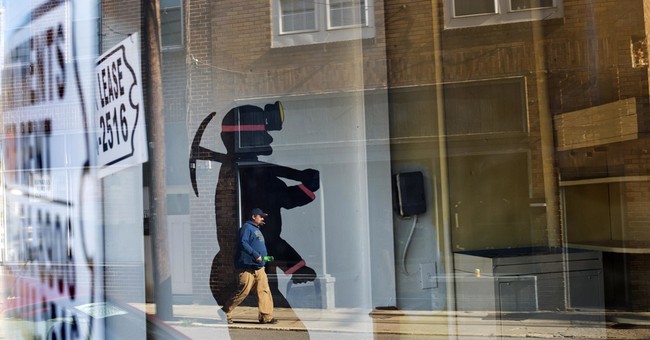 It’s crunch time in Virginia. I don’t think many people around here know this, but we have a key gubernatorial race coming up next month. Republican Ed Gillespie, who came within inches of ousting incumbent Democratic Sen. Mark Warner in 2014, is running in a dead heat race with Democratic Lt. Gov. Ralph Northam. It’s going to be a race that could give Democrats some relief from their serial losing streak should they win, or deliver another wet towel slap to the face if they lose. It’s possible that the latter could happen and Democrats are going to find themselves asking what to do (again). It’s quite simple: white rural voters. It’s almost appalling that Democrats have forgotten this since Barack Obama was able to get a healthy amount of white working class support. Obama went into the deep red counties, still lost them, but was able to cut down his margin of loss. If you lose a red country by 40 points instead of 60, coupled with clinching the urban bastions—that’s the election. He did that. Clinton didn’t and lost. And if Northam loses in November, it won’t be because Virginia rural Democrats weren’t telling him. They were. In one case, a local Democratic chairman sent a fiery resignation letter, accusing the party of “malevolent neglect.”

Still, Democrats in Virginia think the urban-only criticism in the state is “off the mark” because Northam speaks with a southern accent and he grew up working on fishing boats and tending farm animals.

The only southern state that Clinton won just elected a GOP governor; that’s an issue. It should be a cakewalk for Northam who is part of the administration of Democrat Terry McAuliffe, who is popular and has been seen as a successful governor. Yeah, if I were born in a stable, it doesn’t make me a horse.

Northam has avoided rural events; he ditched the Labor Day Parade in Buena Vista, Virginia. It has a population of less than 7,000, but it’s the optics that can kill. It sent a message that Northam was a lazy campaigner who did not care about rural voters—and that’s the Cook Political Report making that observation, not conservatives, though I’m sure many had. Now, some Democrats in these areas understand the problem. They know it gives the state GOP a lock in the state legislature, but they have to keep up the outreach to at least show voters they’re offering a different agenda (via WaPo):

Jay Clarke, chairman of the Democratic committee for Rockbridge County outside Lexington, brought the issue to a head recently when he fired off an angry resignation letter to Swecker. The missive made the rounds, was reported in the Richmond Times-Dispatch, and drew an outpouring of sentiment from fellow operatives in Virginia and even other states, Clarke said.

He complained that neither the party nor the campaigns asked field workers in his remote part of the state to do any canvassing. He said the party had sent out bad data that included information on Republican residents who were never going to vote for Democrats. After months of fruitless complaining to headquarters in Richmond, he said, he was done.

“I understand the temptation to go where the votes are. It’s a necessity, of course,” said Clarke, a retired history professor. But over time, that strategy cedes vast parts of the state to Republicans and lets them cement control of the General Assembly, he said.

“Goodness, you ought to be able to walk and chew gum at the same time. You can certainly appeal to voters in urban areas and contest in rural areas as well. I don’t see why the two should be incompatible,” he said.

Taikein Cooper, chairman of the Democratic committee in Prince Edward County, outside Farmville, said he’s “very disappointed” with the party’s rural outreach and that leaders may be missing a rare opportunity. Though Republicans have a comfortable 66-to-34 majority in the House of Delegates, Democrats pumped up by anti-Trump fervor have fielded a historic number of candidates to try to slice into that GOP advantage.

Many of those Democrats are running in solidly red districts but want to demonstrate that their party is reaching out.

Northam’s campaign insists it hasn’t written off the remote parts of the state. In fact, he spent years as a state senator and as lieutenant governor working for candidates in precincts large and small all over Virginia. He has released proposals to improve the economy and education in rural areas, and he talks often on the stump about his small-town upbringing and his time at Virginia Military Institute.

Gillespie, meanwhile, who lives in Fairfax County, is working to build on Republican strength in rural parts of the state to help take the edge off Northam’s presumed lead in urban areas. That focus drives some Democrats crazy.

“It’s very galling the way Gillespie on his ads says ‘for all Virginians,’?” said Clarke, the Rockbridge Democratic chairman. “It’s a bit patronizing, perhaps, but also effective. Why isn’t Northam doing that?”

The state is serving as a bellwether, as Missouri, Montana, and North Dakota—all rural states—will have Democrats fighting for their political lives. Democrats need to find a way to reach rural voters if they hope to avoid a wipeout, which despite Trump’s lackluster approval ratings, is possible. Personality-wise, the president registers underwater, but voters are more supportive of his economic agenda. Democratic operatives are telling their clients that banking just on his approvals, as a sign of a blue wave is exactly the wrong way to read the political tea leaves. You need an agenda, a leader, a message, and money to be successful and the Left doesn’t have a lot of much in either of those categories. The Left needs to win back Trump voters. These voters are shiftable, but I doubt the urban-professional wing that dominates the Democratic Party will listen.

In Southern Virginia, Northam was put off balance by the recent news that the Trump White House would be rescinding the Obama-era Clean Power Plan regulations that impacted coal workers in the state. Local news stations have stories on coal every day in these areas, and they haven't forgotten Hillary Clinton's terrible remarks about coal miners from last year. Will the echoes of those remarks haunt Democrats in Virginia? We'll have to see.