NY Post: Obama Funded These Groups That Are Set To Torpedo The Trump Agenda 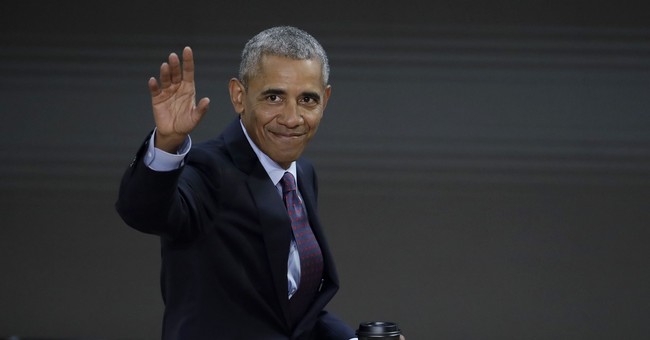 Paul Sperry has a good column in the NY Post, where he centers on three groups that are working to derail the agenda of President Donald Trump. From health care to tax reform, these groups got their funding under the Obama administration through the lawsuits filed after the home mortgage meltdown. The crackdown on illegal immigration is also another area that’s subject to pushback. The three groups are The National Council of La Raza, the National Urban League, and the National Community Reinvestment Coalition. Some $640 million were directed into what some have called a “slush fund” from the big banks to outside groups. Fox News reported in June that this practice was stopped by the Justice Department in June:

The Justice Department announced Wednesday it will no longer allow prosecutors to strike settlement agreements with big companies directing them to make payouts to outside groups, ending an Obama-era practice that Republicans decried as a “slush fund” that padded the accounts of liberal interest groups.

In a memo sent to 94 U.S. attorneys' offices early Wednesday, Attorney General Jeff Sessions said he would end the practice that allowed companies to meet settlement burdens by giving money to groups that were neither victims nor parties to the case.

Sessions said the money should, instead, go to the Treasury Department or victims.

“When the federal government settles a case against a corporate wrongdoer, any settlement funds should go first to the victims and then to the American people—not to bankroll third-party special interest groups or the political friends of whoever is in power,” Sessions said in a statement.

And this is how those three groups spent the money they received:

The notoriously radical organization, which advocates on behalf of illegal immigrants, argued the Trump proposal would have a “harmful impact” on the Hispanic community, including stripping potentially “8 million Latinos” of medical coverage.

“The Latino community cannot afford a repeal of the ACA,” La Raza warned its members, while encouraging them to fight the legislation in email alerts.

In July, the group held a large rally to protest the repeal effort in Arizona — GOP Sen. John McCain’s home state. The event is said to have influenced McCain’s decision to cast the deciding vote to kill the proposal.

After receiving at least $1.2 million from the bank-settlement slush fund, the African-American advocacy group [the National Urban League] solicited its supporters to oppose efforts to repeal ObamaCare by signing a letter to senators arguing “African-Americans stand to be disproportionately impacted.” It claimed more than 5 million black people would lose coverage under repeal legislation.

Since hauling in at least $2.6 million in funds under settlement in the Obama-era mortgage suits, the liberal housing-rights group has slammed tax-reform proposals by the Trump administration as unfair, while trying to block efforts to privatize mortgage giants Fannie Mae and Freddie Mac, claiming doing so would “deepen the racial wealth gap.”

NCRC is also actively lobbying against regulatory repeal of many provisions of the Dodd-Frank Wall Street Reform and Consumer Protection Act.

The Washington-based group boasts more than 600 member organizations who lobby lawmakers through list-serves, mailings, sign-on letters and conference calls. Though it’s assumed that funds distributed to such “qualified organizations” will be used for housing assistance, the bank-settlement agreements do not enforce how the funds are spent.

“It stands to reason that some of the settlement funds have helped bankroll the resistance” bent on stopping the Trump agenda for America, Competitive Enterprise Institute senior fellow John Berlau said.

In August, Attorney General Jeff Sessions ordered that these Obama-era activities be investigated.