Here’s The Next Immigration Fight After DACA 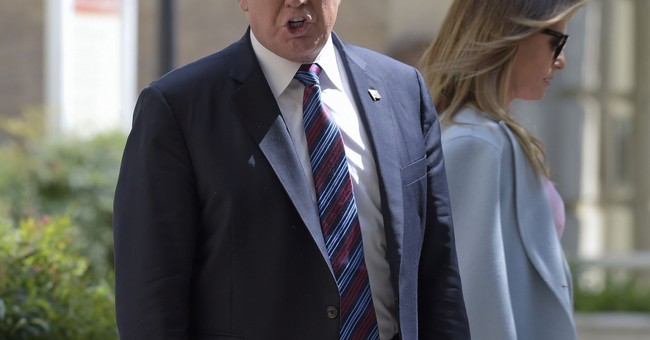 So, questions abound on the future of the Deferred Action for Childhood Arrivals program. Will it be nixed entirely? Will a Republican version be passed? It’s another major docket item for congressional Republicans to deal with, along with Hurricane Harvey Relief, the debt ceiling, tax reform, another continuing resolution to keep the government funded, and maybe health care (again). The Obama-era program was meant as a stopgap measure. Scrapping it allows Congress to have another crack at immigration reform and to do it without any legal questions. In fact, the Department of Homeland Security said that for DACA to exist as it does prior to the Trump White House’s announcement, an act of Congress was required. Not necessarily a controversial position. Yet, as the Hill deals with this issue, there’s another immigration issue on the horizon. Axios’ Jonathan Swan said that Temporary Protected Status is the next battle. In short, TPS allows foreign nationals to stay in the U.S. due to extraordinary circumstances in their home countries. This status has to be renewed by President Trump and a handful of nations are approaching their expiration date this fall:

The Trump administration must renew these protections — covering countries like Haiti, Honduras, South Sudan, and Nicaragua — which expire between Nov. 2017 and Sep. 2018.

How immigration hawks in the Trump admin view TPS: Successive administrations have abused this "temporary" program. There are people who have been in the U.S. for 20 years because the government gave them a legal status; but under the law, the program for specific countries should be terminated.

Should Haitians still have TPS seven years after the earthquake?

Should Central Americans, e.g. Nicaraguans, Hondurans, who've been in the U.S. for nearly 20 years, still have their "temporary" status?

Bottom line: Watch for the Trump administration to force Congress to act on this issue — by ending the program for certain countries — before the end of 2017. I'm told the countries that still meet the current legislative requirements, like South Sudan, will continue to receive protection. But in Haiti and the Central American countries, conditions have arguably improved enough that they no longer meet the requirements.

As for DACA, well, DHS announced that they’re setting the wheels in motion to “wind it down” (via Washington Examiner):

The Department of Homeland Security announced Tuesday morning its U.S. Citizenship and Immigration Services agency will begin winding down the Deferred Action for Childhood Arrivals program that was created by executive order in 2012, and rescinded on Tuesday by the Trump administration.

"This administration's decision to terminate DACA was not taken lightly. The Department of Justice has carefully evaluated the program's constitutionality and determined it conflicts with our existing immigration laws," said DHS Acting Secretary Elaine Duke.

"As a result of recent litigation, we were faced with two options: Wind the program down in an orderly fashion that protects beneficiaries in the near-term while working with Congress to pass legislation; or allow the judiciary to potentially shut the program down completely and immediately. We chose the least disruptive option."

Under the program, people under the age of 18 who were brought to the U.S. illegally can apply for deportation protection and work permits for two years at a time.

Under the closing procedures, DACA's beneficiaries will not be affected for six months until March 5. No new requests or renewals of the two-year permits will be reviewed.