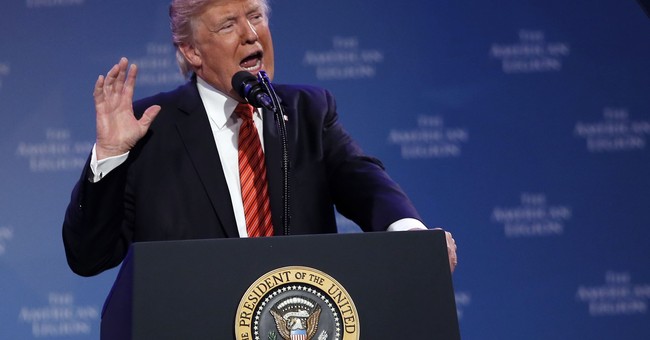 Oh, so CNN is back to Russia again. An email from a top aide to President Trump has been unearthed. The email refers to an unreported attempt to arrange a meeting between Trump campaign officials and the Russians in 2016.  Is it solid evidence of collusion? No. Does it show that this aide acted on it? No. Do we have details? Not really—they’re vague. So, it’s basically the same old tired updates on this supposed collusion scandal that is rapidly becoming an embarrassment, especially since the media drools over this story since they’re still gob smacked that Trump won the 2016 election. Here’s what CNN reported last night:

Congressional investigators have unearthed an email from a top Trump aide that referenced a previously unreported effort to arrange a meeting last year between Trump campaign officials and Russian President Vladimir Putin, according to sources with direct knowledge of the matter.

The aide, Rick Dearborn, who is now President Donald Trump's deputy chief of staff, sent a brief email to campaign officials last year relaying information about an individual who was seeking to connect top Trump officials with Putin, the sources said.

The person was only identified in the email as being from "WV," which one source said was a reference to West Virginia. It's unclear who the individual is, what he or she was seeking, or whether Dearborn even acted on the request. One source said that the individual was believed to have had political connections in West Virginia, but details about the request and who initiated it remain vague.

The same source said Dearborn in the email appeared skeptical of the requested meeting.

Sources said the email occurred in June 2016 around the time of the recently revealed Trump Tower meeting where Russians with Kremlin ties met with the president's eldest son, Donald Trump Jr., his son-in-law Jared Kushner as well as then-campaign chairman, Paul Manafort.

The Trump, Jr. meeting caused a brief firestorm, which petered out because there was really nothing there. You could say the president’s son was collusion curious, but this isn’t solid evidence of collusion. Trump, Jr. admitted—and rightfully so—that this meeting with a Russian lawyer, which also occurred in June of 2016, was a very, very poor choice in judgment. The basis for the meeting was supposedly to reveal more dirt on Clinton, though the 2016 election was never discussed and it turned out to be a waste of time. What do you expect? The publicist of a Russian pop star, who supposedly is an Enrique Iglesias wannabe that can only get gigs at his father’s shopping mall outside of Moscow, arranged the meeting. Hardly material for a Tom Clancy novel let alone the epicenter, or focal point, of a massive international attempt to sway an election.

Just like with past reports about unreported meetings, there’s no evidence of collusion or wrongdoing. Guy recently wrote that the Russians did try to reach out to members of the Trump team. The campaign principals all turned them down, citing protocol:

Writes Allahpundit, "not only weren’t [Trump campaign bosses] interested, they were mindful of proper protocol: At least one advisor noted that meetings with a foreign state would raise Logan Act questions while another mentioned that U.S. allies should be notified before any Russia meetings happened."  That...doesn't sound like the behavior of an operation intent on collaborating with an adversarial foreign government, does it?

Concerning voter interest, no one cares. Even Sen Chris Murphy (D-CT), who represents a deep-blue state, says no one really cares about Russia.