Pelosi: Yeah, I'm For Censuring Trump For His Defense Of White Supremacy 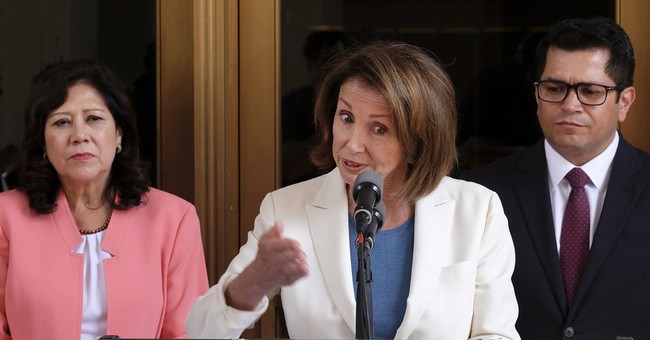 On Saturday, white nationalists flooded into the hometown of Thomas Jefferson to protest the removal of a Robert E. Lee statue. Left wing Antifa protesters also arrived and physical violence ensued. Scores of people were sent to the hospital, with one woman, Heather Heyer, dying as a result of injuries sustained from a car. A white nationalist, James Alex Fields, Jr., plowed through counter demonstrators, killing Heyer and injuring 19 others.

Congress must censure @realDonaldTrump for his repulsive defense of white supremacy in the wake of #Charlottesville.

Trump said that there was violence on both sides. Yes, both sides are awful and violent. Yes, both sides are bullying thugs, but Antifa did not have a member of their movement kill someone—and that was the difference. That changes the whole narrative, and many have been unsatisfied with the Trump White House’s response to the incident. Was it a defense of white supremacy? No. And this motion isn’t going anywhere, though it’s ramping up pressure on congressional Republicans to break with the president, thereby risking facing the wrath from his devoted and passionate base.