Minneapolis Mayoral Candidate: Maybe Cops Should Just Leave Their Guns In The Car 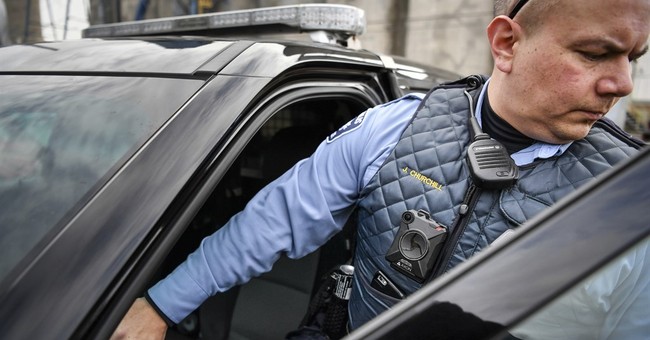 Is this guy high on drugs? That’s the only explanation for this nonsensical policy proposal regarding law enforcement coming out of the Minneapolis area. Mayoral candidate Raymond Dehn pretty much put forward a policy that would disarm police, requiring them to leave their firearms in their car. Fox 9 reported that this proposal virtually disarms the police:

State Representative and Minneapolis mayoral candidate Raymond Dehn is calling for major policing changes, proposing to take away guns from the majority of officers.

Dehn is one of several candidates running to beat current Minneapolis Mayor Betsy Hodges in the fall.

He recently won the support of voters at the Democratic Farmer Labor convention and now his call to disarm police of their side guns is garnering major attention.

"I think as we look at how to change policing and how we get officers to not react to use their gun in situations, but learning skills around de-escalation training I think are important," he said.

Dehn says the details of his no gun proposal are still in the early stages and he wants to sit down with police officers and come up with a strategy that keeps both the community and law enforcement safe.

But the head of the police union, Lt. Bob Kroll, says there's not a chance this idea would fly with any cop.

This is absolutely ridiculous. Minneapolis has been the center of national attention for two police-involved shootings. One involving a black concealed carry holder, Philando Castile, who was shot and killed by a police officer during a routine traffic stop; the officer will not be allowed on the force again, but was acquitted on the manslaughter charges. The second involves Justine Ruszczyk, a 40-year-old Australian woman, who was shot and killed by Officer Mohamed Noor. Ms. Ruszczyk called 911 to report an assault near her residence, which Noor, and his partner, Officer Matthew Harrity, responded to on July 15. Both officers pulled up next to her in their police vehicle; Harrity was driving the car. That’s when Noor, who was sitting in the passenger seat, shot Ms. Ruszczyk through the driver’s side window, which in itself is a reckless move. The matter is still being investigated. Both officers have body cams, but were turned off. Now, a new report shows that Ruszczyk slapped the back of the cruiser prior to her death. Still, this doesn’t explain why Officer Noor opened fire.

Law enforcement is a dangerous job. They need firearms. At the same time, these two instances have cast a light on maybe the best aren’t coming out of the academy. Certainly that was the case for former police officer Jeronimo Yanez, who killed Castile, as he went from calm and collected to frazzled and startled after Castile informed him that he had his legal firearm on his person. Castile was not threatening or aggressive in any way. It took seconds for Yanez to fire several shots into him. I’m pro-law and order. I support our police to the hilt, but these incidents have shown that maybe better training is needed in some areas. For Castile and for this incident at the moment—they’re pretty indefensible.