Get Ready: The Huffington Post Is About To Embark On A Quest To Find Middle America 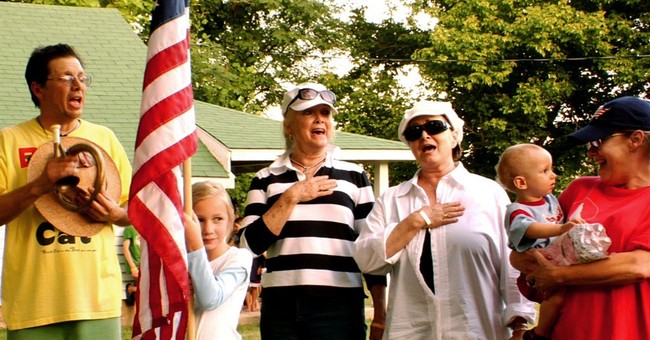 The Huffington Post is venturing away from the coasts in September, with a bus tour, rotating staff writers, and a kick off for the site’s new identity, or so they say. They did stress that this isn’t an adventure into Trump Land, but more towards exploring the communities that aren’t in the highest economic bracket. Moreover, it’s about leaving the elite echo chamber and The Huffington Post becoming the voice for everyone. It’s quite the departure from the hyper progressive position the site prided itself in during the 2016 election, even adding at the end of every article an editor’s note noting how Donald Trump is a despicable racist xenophobe. Hadas Gold of Politico had more on this project:

Having made its name as a home for liberals and the blog posts of coastal elites, the recently renamed HuffPost is seeking to reinforce its new, less partisan image with a seven-week bus tour through Middle America to “listen and learn what it means to be American today,” the site will announce on Thursday.

Starting in September, a traveling party of rotating HuffPost staff members led by editor-in-chief Lydia Polgreen will visit more than 20 cities, eschewing the coasts for the likes of Fort Wayne, Indiana, Oxford, Mississippi and Odessa, Texas. At each city, the site will host events, roll out planned stories with local media outlets, send out reporters to write about the communities and collect stories from residents “in their own words.”

“This would be identity defining for HuffPost,” said Polgreen in an interview. “We are in a moment for [determining] our own identity and the role we play in the overall news ecosystem and what the next iteration of that looks like. And this felt like a great way to go out and … report out the story of who we should be in the world.”

Though many of the cities the group is visiting voted for Hillary Clinton in last year’s election, all but two of the states went to Trump. But Polgreen says they’re not visiting “Trump country,” pointing to a reason for each city or state on the tour like an interesting community college system in Fort Wayne or Detroit’s large Arab-American population. Hillary Frey, HuffPost’s director of editorial strategy who came up with the bus tour idea, also pointed out that logistically it didn’t make sense to go to the corners of the country where the distance from one city to the next would be too far.

“We were basically looking at a pretty eclectic mix of communities that represent a lot of different facets of American life,” Polgreen said. "All of these ideological divisions [in the media] are confusing right now and for me it’s less about left or right — it’s who are you more oriented toward, more oriented to the interest of the wealthy and powerful or are you orientated toward the people who are not in the top 20 percent."

Maybe when the HuffPost editors visit these Trump states they can explain their super balanced coverage of 2016! pic.twitter.com/qWztL3b678

I wonder why people would think HuffPost is elitist/out-of-touch? pic.twitter.com/o1NRi1Gm8V

Okay—well, I won’t bash the effort. I’ll wait to see what they publish during this seven-week excursion, but the site’s content over the past year has been viciously anti-Trump. In the meantime, you can read three journalists who have logged hundreds of thousands of miles crisscrossing and covering Middle America. Chris Arnade of The Guardian, Alec MacGillis of ProPublica, and Salena Zito of The Washington Examiner have all written good pieces on the forgotten Americans who live in these areas. Also, enjoy the social media reactions about this tour. They were also pretty funny. We’ll circle back to this in September.

All these people have guns, I bet the gun violence is worse than Chicago here. #HuffPoInTheHeartland

BREAKING: Most of their homes don't have wheels#HuffPoInTheHeartland

A lot of the men are wearing camouflage caps. Must be part of the local militia. #HuffPoInTheHeartland