Rural America To Congress And the Media: We Don't Care About Russia 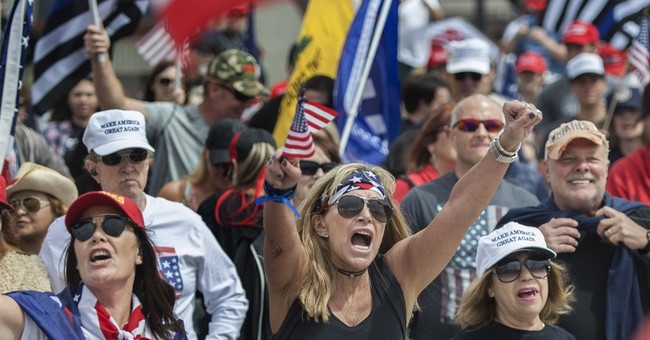 Yes, we’re back on Russia again. There was a brief period where even Democrats were saying that it might have become a distracting issue. The majority of the country feels the same way; they want Congress to move on to other issues. Yet, we now have this email chain showing that Donald Trump, Jr. might have been “collusion curious” regarding a meeting between him, Jared Kushner, Paul Manafort, and a Russian lawyer under the pretense that the latter had some dirt on Hillary Clinton. The meeting took place in June of 2016. This isn’t evidence of actual collusion, but the optics aren’t good. Nevertheless, Democrats are overreaching, even throwing out charges of treason. Also, a Russian pop star, through his publicist, Rob Goldstone, arranged it, noting in an email that the information they have is highly sensitive and part of the Russian government’s effort to help Trump win the election. It turned out to be a waste of time. The election wasn’t discussed with the lawyer, nor were there any discussions about Clinton. It was a dud, and it seems Trump Jr. exhibited some pretty bad judgment in accepting this meeting. He may have wanted it due to hear opposition research, which isn’t illegal, though the emails still keep the intrigue alive—at least for Democrats.

Yet, beyond the beltway, no one cares. Russia is not the top concern, with many noting that Team Clinton was probably looking for opposition research on Trump. Of course, they were—and they were looking abroad for it as well. If anything, the Russian collusion narrative that’s filled the Washington bubble has only emboldened the president’s supporters. Moreover, you also get why they’re sticking with Trump and why Democrats flipped for him: the lackluster economy under Obama and health care. For some in rural America, they don’t qualify for Medicaid, they can’t afford the Obamacare plans, and the Democrats don’t want to help them (via USA Today):

There’s a little piece of Russia in the heart of Trump Country, USA.

After 37 years of working in Wayne County, Tenn., Mike Mitchell loves bikes. He’s met Russians and liked them too.

Mitchell isn’t losing sleep over the scrutiny of President Trump’s ties to Russia and revelations surrounding his son’s meeting to get damaging information about Democratic rival Hillary Clinton.

“I’m sure the other side was looking for dirt. I just can’t believe they weren’t. I’m sure the Americans are over there piddling and messing around in their business. If they’re over here messing in our system, we’ve just got to figure out how to keep it from affecting us,” he said.

“I probably am a bigger supporter of him. I have a greater respect and admiration for him and his office,” said Pearson.

…she’s more ashamed of the way Democrats, the media and opponents have attacked her president, and she is disappointed in congressional Republicans for not doing more to help Trump.

Steven Jackson [A Democrat], who runs a barbershop in Waynesboro where he also sells “good junk,” said his father would kill him if he knew he voted for Trump.

Jackson voted for Trump, the first Republican he’s ever voted for, not because he disliked President Barack Obama, but because he thinks the Democratic Party did not do enough to improve the economy.

These stoic reactions are not always delivered with deadpan seriousness either. Larry O’Connor of WMAL, a D.C.-based station, had a caller from southern Maryland yesterday afternoon that made an emotional plea to Congress, the media, and the president, to move on from the Russia stuff.

“I’m worried about job creation. I’m worried about tax cuts. I need more money. I’m living paycheck to paycheck. They just cut off my cable bill. I’m rubbing two nickels together. My girl can’t find a job to help me. We’re out here struggling and these people don’t get it,” the caller named Allen told O’Connor. “If they let him do it and give him a chance. They are fighting him every step of the way. We need help out here. We’ve been struggling for years under Obama and he had the right message. We voted him in because of that,” he added.

And it’s not just rural Americans who are sick of the Russia stories. Democrats running in the 2018 midterms have also made it known that the collusion issue isn’t a top concern.