WMAL Caller: We Don't Care About Russia; 'We’re Out Here Struggling And These People Don’t Get It' 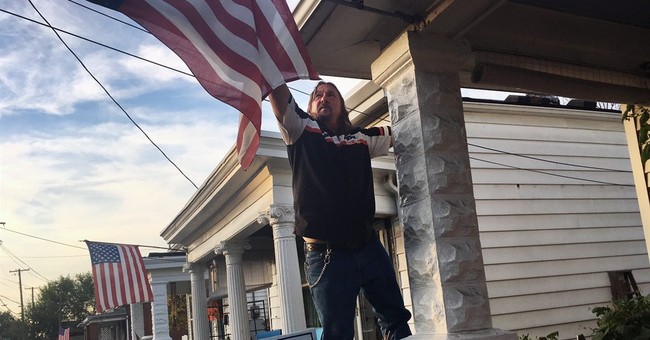 On Wednesday, Larry O’Connor of WMAL had Allen from Maryland call into his afternoon programs with a plea to the elite media and the Democrats: quit it with the Russian stuff. He considered himself part of the forgotten class that President Trump referred to in his campaign and thanked when he beat Hillary Clinton last year. He said he’s living paycheck to paycheck, his cable was shut off, his girlfriend can’t get a job, and he and many others like him, are more preoccupied with job creation. In the meantime, he’s rationing, hoping for economic relief from D.C., which is too obsessed about Russia. For Republicans, they share some blame concerning non-governance as well. After nearly a decade of promising to repeal and replace Obamacare with something that’s better for the American family, they can’t get it done. What we’ve got are bills that aren’t popular with the GOP conservative base. Certainly, it’s not what was promised back in 2010.

Allen, audibly emotional at this point, pleaded with Democrats to give Trump a chance to enact what he was elected to do, and that everyone needs to move on from the Russia story. No one cares—and he’s probably right. Certainly that's what Democrats who are running in the 2018 midterms are making that known to the national committee.

Allen: I’m sick of the Donald Trump stuff, all the Trump stuff. I consider myself one of the forgotten men and women. I’m worried about job creation. I’m worried about tax cuts. I need more money. I’m living paycheck to paycheck. They just cut off my cable bill. I’m rubbing two nickels together. My girl can’t find a job to help me. We’re out here struggling and these people don’t get it. I mean they really don’t get it. [Inaudible] I don’t have money. I mean, I’m cutting back on my medicine, my groceries. She can’t find a job…

Allen: If they let him do it and give him a chance. They are fighting him every step of the way. We need help out here. We’ve been struggling for years under Obama and he had the right message. We voted him in because of that. We need tax cuts. I need a couple of extra dollars on my paycheck every week. We need jobs. We need Trump and these liberals, the press and all this to get off that and think about us that’s out here putting our boots on everyday, getting up at four o’clock in the morning, going to work and trying to provide for our families and it’s hard. I love you Larry.

O’Connor: Thank you Allen. Thanks for listening and keep the faith.

And yet, these are people that Democrats do not want to reach out to because the cities are where their supporters live. There’s also that condescending notion that Trump supporters didn’t know who they were voting for in 2016. Well, Allen spoke about jobs, tax reform, better wages, and economic hardship—all of which Trump did mention at his rallies. Clinton did not. Allen is cutting back on what seems to be essential items because the economic conditions have been terrible for nearly a decade. Obama didn’t help, which sounds like why he pulled the lever for Trump. And there are scores of people interviewed by the media, like The Guardian’s Chris Arnade, who noted that they’re not surprised Trump won since Obama promised a lot and delivered next to nothing. Like it or not, Trump was the change candidate to these people, and if they view Democrats as obstructing Trump for political reasons, I bet they’ll vote for him again.