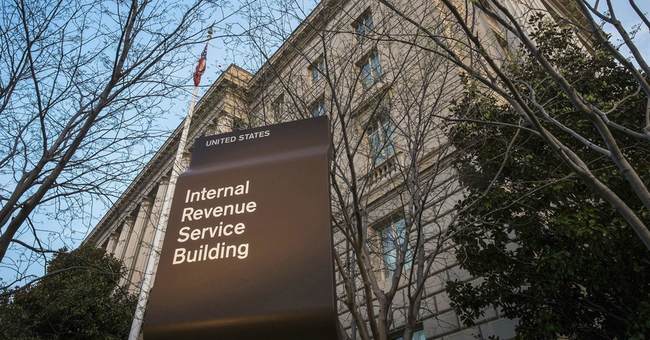 An Internal Revenue Service report noted that roughly 1.4 million illegal aliens are working and paying taxes using stolen Social Security numbers.  It also noted that the IRS isn't the best at catching this fraud. either To make things more maddening, they’re not allowed to work with the Department of Homeland Security on finding the identities of people using Individual Taxpayer Identification Numbers, which are doled out to immigrants that are not authorized to work in the U.S, according to Stephen Dinan at The Washington Times had more:

Most illegal immigrants who pay taxes have stolen someone else’s legal identity, and the IRS doesn’t do a very good job of letting those American citizens and legal immigrants know they’re being impersonated, the tax agency’s inspector general said in a new report released Thursday.

The theft creates major problems for the American citizens and legal foreign workers whose identities are stolen, and who have to deal with explaining money they never earned.

But the IRS only manages to identify half of the potentially 1.4 million people likely affected by the fraud in 2015, the Treasury Inspector General for Tax Administration said in its report.

The IRS knows of 2.4 million people a year who file taxes using an Individual Taxpayer Identification Number, which is generally given out to immigrants who aren’t authorized to work. But the IRS is not allowed to talk with Homeland Security to help agents identify who and where those taxpayers are.

The migrants file their forms with their ITINs, but the W-2 forms they submit show valid Social Security numbers that they fraudulently gave to their employer to clear an initial work authorization check.

Editor's Note: The lede was misleading and has been updated to correct the inaccuracies. Apologies for the error, folks.