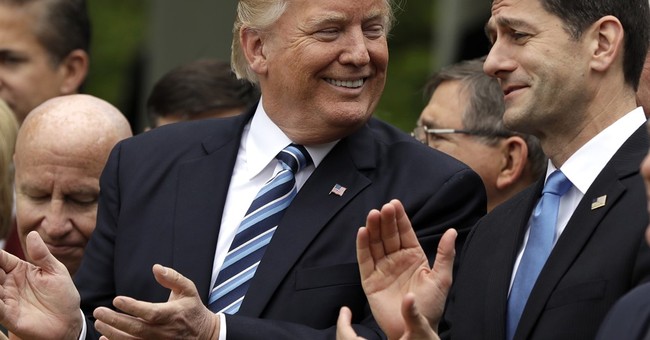 It’s the charge that Democrats hope is true when it comes to President Trump, which is that he obstructed justice when he asked then-FBI Director James Comey to let the investigation into his former national security adviser, Michael Flynn, go. Flynn is being investigated for his ties to the Russians. It’s a separate investigation into the Russian meddling of the 2016 election, but that’s the yoke that binds the two inquiries together. There are many questions as to whether this even constituted obstruction of justice.

The memo that Mr. Comey drafted in which he detailed ways in which the president might have acted improperly to influence an ongoing investigation is confirmed to exist, but it has yet to be turned over the Congress. Special Counsel Robert Mueller, who is now quarterbacking DOJ’s investigation into this matter, has been briefed on them. Now, days after Mr. Comey’s testimony to Congress, in which MSNBC’s Chris Matthews said the Trump-Russian collusion theory collapsed, Mueller is reportedly looking to see if Trump had obstructed justice. Matthews reasoning was that a) Flynn wasn’t a central figure in the Russia probe; and b) “Kills the idea” that Flynn was in a position to testify against Trump (via WaPo):

Five people briefed on the interview requests, speaking on the condition of anonymity because they were not authorized to discuss the matter publicly, said that Daniel Coats, the current director of national intelligence, Mike Rogers, head of the National Security Agency, and Rogers’s recently departed deputy, Richard Ledgett, agreed to be interviewed by Mueller’s investigators as early as this week. The investigation has been cloaked in secrecy, and it is unclear how many others have been questioned by the FBI.

Rumblings of Trump mulling firing Mueller have been in the air, though as Guy noted, it could constitute a political death wish if he follows through with it. It seems like that course of action is not going to happen. At the same time, you also have constitutional lawyers, like Alan Dershowitz, ripping Democrats for stretching criminal statutes to ensnare the Trump White House. There is no evidence of obstruction, just like there’s no evidence of Russian collusion. There have been some eyebrows raised, as Mueller's staffed his team with multiple donors to Hillary Clinton.

Yet, for now, Washington is reeling from the tragic shooting in Alexandria, Virginia, in which a gunman, James Hodgkinson, opened fire on congressional Republicans practicing for their annual charity baseball game with the Democrats.

House Majority Whip Steve Scalise (R-LA) was hit in the hip and is in critical condition. Two Capitol Police officers, a congressional aide, and a lobbyist for Tyson Foods were also hit. Hodgkinson was shot by police and later died of his wounds.