Report: U.S. Voting Systems Maker Was Hacked By The Russians, But There’s A Catch 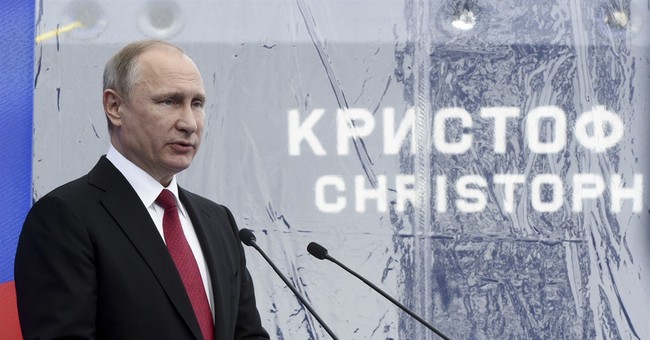 So, The Intercept reported on a highly classified report from the National Security Agency that alleges that Russian military intelligence hacked a U.S. voting systems maker during the 2016 election. The FBI arrested the person who gave them this information, Reality Leigh Winner, for leaking classified information over the weekend. Is this troubling? Yes. Does it mean that Russia hacked the election? No. The vote tallies were untouched. The company name is redacted, but it’s assumed that it’s VR Systems (via The Hill) [emphasis mine]:

Russian intelligence agents hacked a U.S. voting systems manufacturer in the weeks leading up to the 2016 election, according to a National Security Agency investigation report leaked to The Intercept.

The Intercept reported Monday that the NSA believes hackers used that breach to obtain information used to spearphish its customers.

The report, marked top secret and only to be shared with the "Five Eyes" nations (Canada, Britain, New Zealand and Australia), claims the Russian intelligence agency GRU targeted more than 120 email addresses associated with local government organizations, which it speculates were taken from the earlier hack.

The NSA document alleges the GRU have hacked the voting systems company using a false Google alert requiring a target to enter login credentials. According to the report, it also attempted a parallel campaign using a false email account meant to be confused with a second company.

The report does not claim that voting machines were hacked, a once-popular post-election theory from Democrats, nor does it state whether the information pertaining to the voting systems could be used to hack those systems.

Still, 55 percent of Democrats think that Russia messed with the vote totals to get Trump elected. The Left has gone insane. Like the rest of the Russian collusion drama, there is no evidence that vote tallies were tampered with by a foreign intelligence service. Last year, The Washington Post’s Philip Bump and Amber Philips reported on how it’s virtually impossible to hack an American election:

After the stories about the hacks of election systems came out, the Florida State Association of Supervisors of Elections wrote a letter to voters in that state explaining how it protects the voting system itself. The steps delineated are:

1. Before each election, a public test of the tabulating system is conducted to ensure that the machines are functioning as expected. King describes this process (which is not unique to Florida) as "an opportunity for members of the public and media to come and observe the ballot is correct and it can capture voter intent correctly and can tabulate it."

2. On election night, results are encoded with multiple layers of encryption and transmitted to a central gathering point.

3. Voting machines themselves are not connected to the Internet, preventing them all from being hacked at once.

4. Thumb drives with results are also transmitted to the central location. Those drives are digitally signed and secured before Election Day, preventing their being replaced with a drive from somewhere else.

5. If there are any corrupted or unusually slow results transmitted to the central location, the results from the thumb drives are used.

6. Election night totals are transmitted to the state as unofficial results via both an encrypted device and over a separate network system.

7. A week after the election, the results in each precinct are reviewed by looking at the paper totals. Any discrepancies are "researched and noted." The Florida vote is backed up by paper ballots (which isn't the case everywhere), facilitating that research.

Should we look into this to better prepare ourselves from cyber attacks? Sure. Cyber espionage and hacks have become another aspect of geopolitics. Did the Russians use hacking to elect Trump? No. I’ve seen a lot of stubborn people in my life; Democrats take the cake for their inability to accept that Clinton was a bad campaigner, who ran a horrific presidential bid, and lost. She lost. It wasn’t because of Russia, sexism, the FBI, or Wikileaks. Hillary lost because Trump ran the better campaign.