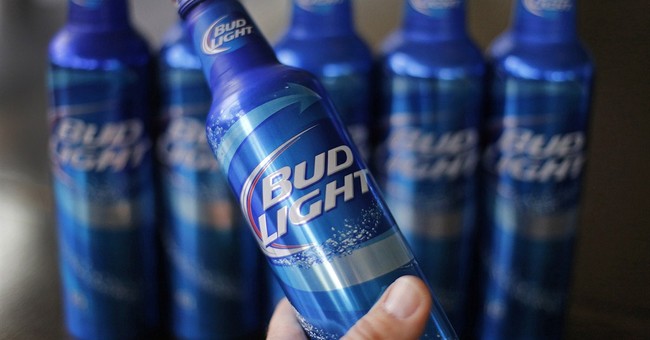 So, remember the stories from predominantly liberal news sites and blogs that were just appalled and horrified that a beer-induced frenzy was about to occur at the White House after House Republicans successfully passed the American Health Care Act? Well, it never happened. Vice News’ Alexandra Jaffe tweeted that cases of Bud Light were rolled into the Capitol around the time the House was voting on the GOP’s health care bill, though while flawed, is a step towards repealing and replacing Obamacare. The Senate is drafting a separate bill from the House version and waiting for the CBO score, but the first salvo has been fired and House Republicans guzzling beer marked the occasion, right? Except that it never happened. Jim Treacher at the Daily Caller noted how Jaffes’ tweet, which she clarified later, caught fire with the liberal blogosphere and out came the fake news about how the House GOP was celebrating.

Treacher admitted to falling for a hoax this week on the site, but posted a retraction and an apology. We all make mistakes. I’ve made them as well. I’ve also posted corrections as soon as humanely possible. That’s not what happened here. Out of the sites that were listed in the post, just two—AV Club and Death and Taxes—added an updated or a retraction about the beer party that never happened. Salon, Daily Dot, Bustle, Broadly, Jezebel, Salon, Mic News, Think Progress, Raw Story, and Politics USA have not updated their stories as of 4:41 A.M.

Cases upon cases of beer just rolled into the Capitol on a cart covered in a sheet. Spotted Bud Light peeking out from the sheet

Here are the beers. Asked if they were going to a GOP conference meeting & he said "no, different meeting," no further details pic.twitter.com/ugS8oW4kGj

In fairness I don't know where his was going. Just hopped on an elevator https://t.co/u9yTrFSnmx

Oh, and here’s Politics USA’s post on the matter, even after noting Jaffe’s tweet where she admits that she doesn’t know where the beer is going or who it is for.

Let’s use a little logic and common sense.

1). Republicans are excited about repealing Obamacare.

2). Republicans see this vote as a victory and a cause for celebration.

3). Many people drink beer when they are celebrating.

We don’t know who was getting all of that beer, but somebody is planning a party, and it is a safe guess that it is related to Republicans finally passing a bill that will take health care away from tens of millions of Americans.

We don’t know where the beer is going, but the timing points to the Republicans.

This is completely and utterly false. Totally irresponsible to report this with zero evidence. https://t.co/lW6hvHRwiR