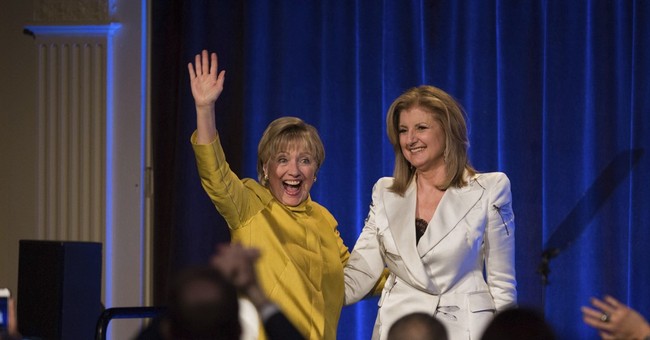 Well, someone had to say it—and it says something when it’s a Clinton supporter as well. The New York Daily News’ Gersh Kuntzman seems to have had enough of Hillary Clinton’s whine tour, bluntly telling her to “shut the f**k up and go away already.” This comes after Clinton has emerged from her glass case of emotion to discuss how misogyny, FBI Director James Comey, sexism, and Wikileaks cost her the election. Yes, Clinton prefaces all of this by saying that she takes responsibility for losing (and that her campaign was not perfect), but then lists those four reasons for what really sunk her. It’s a disingenuous attempt at an apology to her supporters for blowing a very winnable election. Even CNN’s Jake Tapper took a swipe at her.

Kuntzman said that Hillary may be sorry, but her supporters, including Kuntzman, are suffering the consequences while she makes millions expanding on the trip-ups that killed her presidential hopes in a memoir, which the two-time presidential loser described as a painful process. She wouldn’t elaborate on those mistakes by the way in her discussion with CNN’s Christiane Amanpour at the Women for Women International luncheon on Tuesday.

Kuntzman didn’t blame Russia. He didn’t blame FBI Director Comey. Kuntzman accepted that Clinton’s loss was her making and hers alone. Period. At the same time, he did link to the various anti-Trump columns he wrote over the past few months. So, of course, he’s no friend of the Trump White House, but I do respect how he’s able to accept that Trump is president. It’s Clinton’s fault, and she needs to go away:

1. She was, indeed, untrustworthy: Remember her fainting spell at the 9/11 ceremony? Remember how long it took for her to tell the truth? Remember how that reminded every voter in America that Hillary Clinton’s first instinct is to lie? Just like she did when she claimed she had taken sniper fire during a First Lady trip to Bosnia. Just as she did when she said she never sent classified documents over her private email server.

Beyond that, she was too close to the Clinton Foundation, and didn’t have a good answer when the Associated Press reported that donors to the Foundation got an open channel to then-Secretary of State Clinton.

2. She ran a very poor campaign: Clinton will likely point out on page 1 that she stayed “on message” when Donald Trump shambled and grabbed p------ all over the place. But Clinton did not have a message beyond, “I’m not with stupid.”

She had genuine experience serving the public and understanding how the government works. She had an entire party establishment clearing the decks for her (and giving her the debate questions!). And she was running against a madman.

But when she called half the country the “basket of deplorables,” it was pretty much over.

4. Those Goldman-Sachs speeches. You can’t be a prostitute on Wall Street and then go to church on Main Street.

The American public does not want a book from Hillary Clinton. It wants an abject apology. And it wants it for free. She got what she deserved: She lost.

Now she needs to shut up and go home.

Granted, I’m sure many of you will never forgive him for saying that firing an AR-15 was a menacing experience that gave him temporary PTSD.