Mea Culpa: About That Special Election For The State House Race In Philly 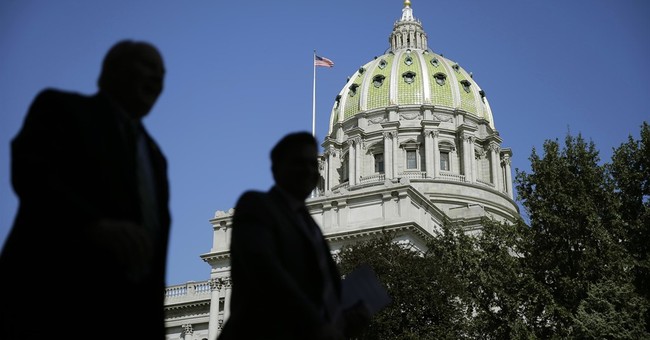 Okay—I might have been a little too excited about the special election for the Pennsylvania 197th State House District that was held last month, but let’s go through some history for a second.

The district is insanely Democratic—85 percent of registered voters—but write-in campaigns are historically tough. That was the option left to Democrats when their replacement candidates couldn’t get on the ballot. The first choice, Frederick Ramirez, was ruled ineligible since he didn’t live in the district. The second choice, Emilio Vazquez, was selected after the deadline, leaving only Republican Lucinda Little, on the ballot.

The chaos began in 2015, when former State Rep. Jose Miranda plead guilty to violating an ethics standard and “false swearing” stemming from funneling money to his sister, who he tried to make his chief of staff. You can’t hire your own family members, so he hired another person, who then gave that money to Miranda’s sister. You cannot be a convicted felon and serve as a state legislator (via Philadelphia Inquirer):

Former state Rep. Jose P. "J.P." Miranda and his sister pleaded guilty in Common Pleas Court today in connection with a case involving a "ghost employee" who was on state payroll records and their grand jury testimony about the matter.

Dressed in a dark suit, blue shirt and pink tie, Miranda, 29, stood before Judge Edward Wright and voiced a "guilty" plea to charges of "false swearing," a misdemeanor, and to "ethics violation," an ungraded felony.

His sister, Michelle Wilson, 35, dressed in a black pantsuit, pleaded guilty to the one misdemeanor "false swearing" charge.

Miranda was a rookie state representative, starting his second year in office, when he and his sister were charged by a Philadelphia grand jury in January 2014 with three felony counts: conflict of interest, perjury and conspiracy.

In fall 2012, he had won a two-year term to represent the 197th District, which includes parts of North Philadelphia.

Assistant District Attorney Frank Fina said in court that Miranda, after having been elected as state representative, sought to have his sister be his chief of staff in his Philadelphia district office, but was informed by the House Democratic Caucus that he could not hire a relative since that violated state ethics rules.

Despite that warning, Fina said, Miranda hired a man named Timothy Duckett and through Duckett, funneled money to Wilson.

His successor, Leslie Acosta, was forced to resign after it was reported that she pleaded guilty to being part of an embezzlement scheme at a mental health clinic, where she formerly worked. She resigned in December of 2016. The special election was held on March 21, 2017. Even the left wing Daily Kos described the whole situation as “not pretty.” Maybe it was pie-in-the-sky, but it’s not like Republicans can’t win in deep blue areas. Donald Trump not only won Pennsylvania, but also formerly Democratic bastions, like Luzerne County, where Democrats heavily outnumber Republicans. Democrats also have a statewide voter advantage of nearly one million as well.

While the Philadelphia Inquirer endorsed Ms. Little, it wasn’t meant to be; the write-in won. There were two: Vasquez and Green Party candidate Cheri Honkola. Vasquez garnered 1,964 votes, followed by Honkola with 280 votes, and Little with 198 votes. Yet, state Republicans are calling for an investigation since both Little and Honkola have lobbed allegations of voter fraud:

Little and Honkala both said Wednesday [March 22] that they have proof of electioneering and other illegal activity that occurred Tuesday. Vazquez did not return request for comment.

“Absolutely there was fraud. I have video, I have pictures,” Little said. “I was the only one with an actual name on the [ballot] but … they told people they had to write-in all candidates.”

“I had a woman -- an elderly woman -- who is afraid of her well-being, who was forced to vote for Emilio,” Honkala said. “At the Welsh School, she said she needed assistance and she said the person inside used an Emilio stamp.”

On March 29, Pennsylvania Attorney General Josh Shapiro said his office would look into these allegations. So, there you have it. I thought that the GOP would probably win due to the unpredictability of the previous cycle, and the obstacles of a write-in campaign, but I miscalculated. At the same time, the 197th has become quite a legal mess, huh? I don’t expect Little to win as the lawyers peruse this case, but any allegation of voter fraud should be investigated, especially in this district.