Retraction (Sort Of): AP Deletes Tweet That Did Not Indicate Fresno Shooter Yelled 'Allahu Akbar,' But There's A Catch 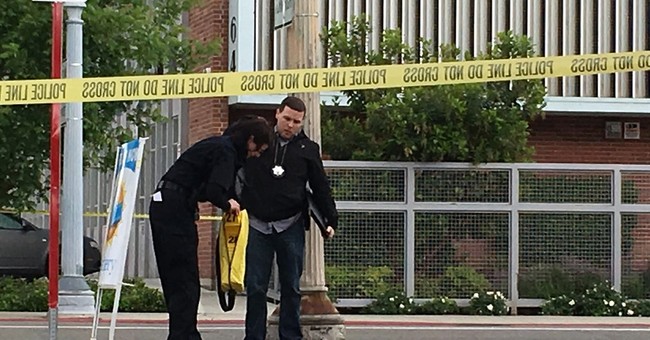 Kori Ali Muhammad, 39, shot and killed three people yesterday in Fresno, California. He hates white people and shouted “Allahu Akbar” as he was being arrested. Some outlets had it as such because, you know, that’s what happened. The Fresno Bee was somewhat of an exception since they spelled it “Ali Akbar,” but I digress. The political correctness machine was well greased (again) at the Associated Press, where they said Muhammad said “’God is great’ in Arabic," ignoring their own stylebook in the process. It was done, seemingly to obfuscate the shooter’s religion—and this isn’t the first time.

And sadly this wasn't the first time the AP deployed this dishonest trick either.https://t.co/HFVh87GJ6C@townhallcom @mVespa1 pic.twitter.com/59WjnstwPR

Even our own Justice Department played their own political correctness games back in June of 2016, where they redacted “Allah” and pledges to ISIS in the transcripts between Orlando Pulse Nightclub shooter Omar Mateen and local law enforcement. The FBI eventually released the unexpurgated script. Now, the AP owns up to it (somewhat) a day later by deleting the translated tweet from their official feed that originally said the “slaying suspect” shouted, “God is great.” I say somewhat because they still can’t seem to stomach writing that Muhammad said “Allahu Akbar” proper on their feed.

We deleted a tweet about a Fresno slaying suspect shouting "God is great." It failed to note he said it in Arabic. A new tweet is upcoming.

Next from AP: Our Tweet said the suspect shouted "Hail Victory." We failed to note he said it in German.