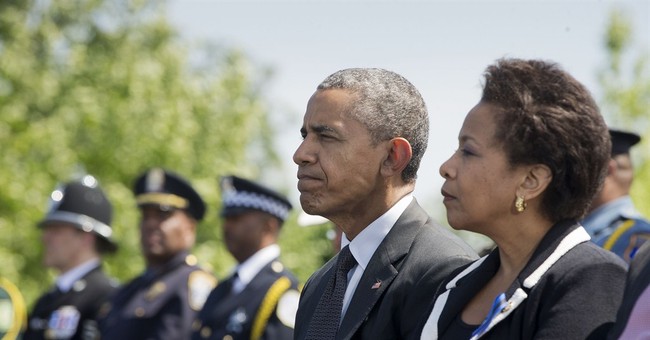 The FBI has released a partial transcript of the exchange between Islamic terrorist Omar Mateen and local law enforcement authorities during his attack on Pulse Nightclub in Orlando. Not only did the Department of Justice, under direction from the White House no doubt, censor Mateen's repeated pledges to the Islamic State, but they printed words he said in Arabic in English, changing "Allah" to "God."

OD: Emergency 911, this is being recorded.

This isn't simply a translation, this is the Obama administration avoiding any reference or connection to Islam. Transcripts should be printed verbatim, and then later translated for reference and understanding. They should also be released in full, not partially with government approved summaries of what happened. Further, the FBI should release the audio of the transcript, but confirmed today during a press briefing they will not. Could it be because Americans will hear Omar Mateen speaking Arabic and saying the words we hear so often, "Allahu akbar," debunking the narrative again that the attack on Pulse Night club had little to do with Jihad?