Former Dem Senate Majority Leader: We Have Dirtier Hands Than The GOP When It Comes To Eroding Senate Protocol 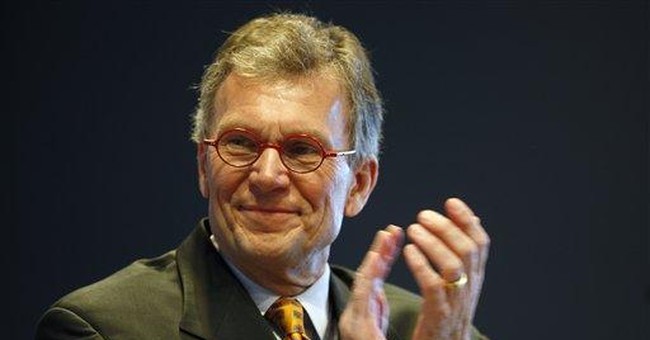 Well, President Trump’s Supreme Court nominee, Judge Neil Gorsuch, has been confirmed, but not before Senate Republicans invoked the nuclear option to get him through. The GOP changed the rules to invoke cloture through a simple majority rather than the usual 60 votes. Senate Democrats, acting like children, decided to cobble together at least 41 members of their caucus to block Gorsuch, the first time a SCOTUS nominee has been subject to a partisan filibuster for no reason other than Gorsuch being nominated by Trump.

They’re still sour over Merrick Garland, Obama’s initial pick to fill the vacancy left by the late Antonin Scalia, being blocked by Senate GOP who invoked the Biden rule as a justification—and it’s precedent. If liberals want to pretend that Joe Biden was never a U.S. Senator, then by all means go down that nutty path. The rule is simple: should a SCOTUS vacancy occur during an election year, no nomination should be considered. Period. Democrats are still infuriated over Garland. They need to get over it. Gorsuch was confirmed last Friday.

Yet, as Democrats and liberals wallowed about how this is the end of the Senate, we should be reminded that they set this in motion first when they nuked the filibuster rules for non-SCOTUS nominees. The hypocrisy is thick on the Left on this one. Moreover, former Senate Majority Leader Tom Daschle (D-SD) said that his party was more to blame for the erosion of institutional protocols than Republicans. The Daily Caller’s Kerry Picket picked up on this, where Daschle was speaking to this on Real Clear Politics "First 100 Days" podcast. Below is her transcription of the relevant portion (via

Unfortunately, Democrats have far dirtier hands when it comes to the erosion of the institutional pillars of the Senate than Republicans going all the way back to–you know, they used to do filibusters in the House and the Senate. And the Senate the House took them away in the 1830s, and the Senate began taking them away under Woodrow Wilson in 1917–then getting rid of the talking filibuster in the 70s–and then the whole budget process was a Democratic product, and that was in my view a procedural disaster.

Daschle added, “Then we lowered the threshold from 67 to 60. That was a Democratic effort. And then in 2013, we took it away completely for nominations and that was Democratic. So, Democrats who may lament this institutional deterioration, I think there’s a lot of history here that can’t be explained away.”