Before The Death Of The Health Care Bill, Bannon Met With The House Freedom Caucus. It Was A Total Disaster 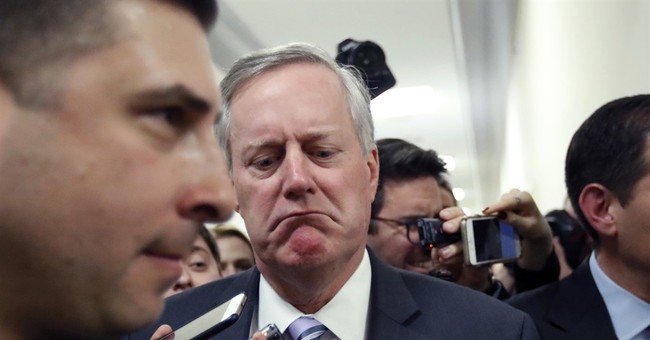 With the clock running out on health care, White House Chief Strategist Steve Bannon had a meeting with members of the House Freedom Caucus for a meeting last week. It did not go well. Axios reported that there was a “dictatorial” tone from Bannon, who reportedly said, “Guys, look. This is not a discussion. This is not a debate. You have no choice but to vote for this bill.”

One of the members replied: "You know, the last time someone ordered me to something, I was 18 years old. And it was my daddy. And I didn't listen to him, either."

Started on the wrong foot: Repeal-and-replace was always snakebit. Ryan had begun the process before Trump's inauguration. "He boxed us in," said one person close to the fight. "We didn't have any choice."

Was always wobbly: Trump relied too long on assurances from Chief of Staff Reince Priebus and HHS Secretary Tom Price that they had the process in hand. And "Ryan was telling him it was fine, and they'd bring it together at the end." Instead, the bottom fell out.

Speaker Paul Ryan conceded defeat and said that Obamacare, and its tax structure, will remain in place for the foreseeable future, though talks of having another go at health care is rumbling among Republicans. For now, the attention seems to be drifting towards tax reform, but as Guy noted with Fox News Bret Baier last Friday, the same divisions within the Republican Party that sunk health care will be present with tax reform.