Facepalm: BLM’s Shaun King Asked If There Was A Provision In Our Constitution To Recall The President 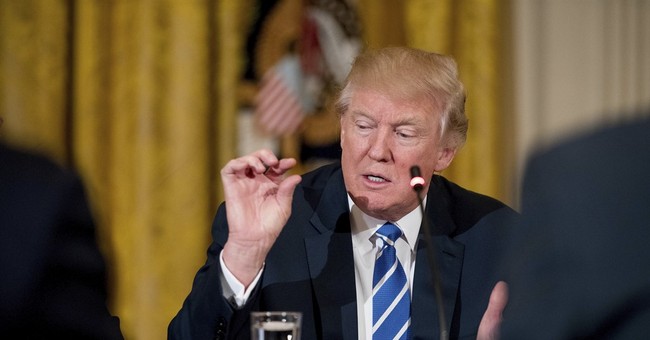 New York Daily News’ Shaun King had a serious question that he tweeted, but probably should have kept to himself. The Black Lives Matter activist asked in there was a recall provision in our Constitution. I’m not joking. Emily Zanotti of Heat Street picked this up and responded in kind. And no, there is no recall amendment in our Constitution. This is something that is learned in civics class:

The 25th Amendment does allow the President to be declared “mentally unfit” for office, but that takes a literal act of Congress, in concert with the Vice President and on the advice of Cabinet members. Trump’s Twitter feed does not, in fact, qualify to render the President, “mentally unfit.”

Otherwise, impeachment is the only way that a President can be ousted and replaced (and even then, he’d be replaced by the Vice President, then the Speaker of the House, and so on).

The Founders, in their brilliance, designed the system of leadership, exactly this way: so that America—now a much larger country than most Parliamentary-style governments—wouldn’t be thrown into election every time someone got a bee in their bonnet about the President’s style.

Okay—I’ll play ball with the last tweet. There are two ways to amend the Constitution, as detailed by the National Archives. One is having an amendment brought forward by Congress in which it passed by a two-thirds majority vote in both houses. It’s only ratified if three-fourths of the legislatures pass the proposed amendment. The other way to amend the Constitution is for a constitutional convention to be called, which is prompted when two-thirds of the state legislatures agree there should be one. They also noted that none of our 27 amendments have been passed through this method. Given that 69/99 state legislatures are Republican, and that Congress is Republican—there’s no way a recall provision will be considered, debated, and passed, especially when it’s a naked way to boot Trump.

Also, King is going to talk about dishonesty? Isn’t this the guy who claimed he was biracial, but was in fact, 100 percent white? Sorry King, this is never going to happen.