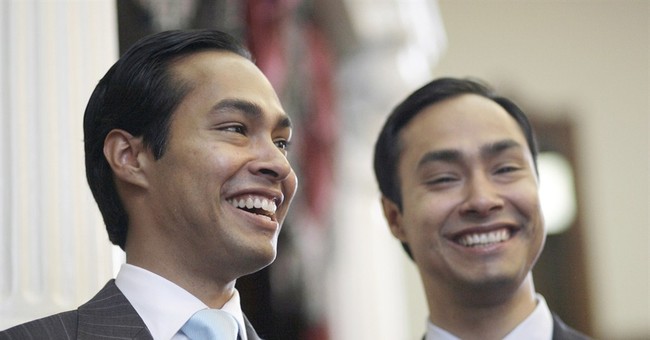 Rep. Joaquin Castro (D-TX) said that Congress should consider impeaching President Trump if he instructs members of federal law enforcement to ignore two stays that were issued by federal judges concerning his executive order on immigration, specifically the 120-day ban on anyone entering the U.S. from seven predominantly Muslim countries, three of which are designated by the State Department to be sponsors of terrorism. Almost all of them are considered to be failed states. Castro added that if Trump ignores these orders, it would be like living in a military junta. Okay—let’s dial down the hyperbole. First, the executive order is lawful and constitutional. Second, a Republican Congress is not going to impeach Trump for trying to enact national security measures, like border security. Third, you’re really stoking the liberal base for your possible 2018 run against Sen. Ted Cruz (R-TX) aren’t you, Joaquin?

Castro and other Democrats are calling on Congress to investigate “whether President Trump intentionally exceeded his constitutional authority,” according to BuzzFeed.

Castro said that if Trump ignores the judge’s orders, it would be like “living in a military junta.”

“There’s no longer any checks and balances,” Castro said.

Dude, where have you been for the past eight years when Obama unconstitutionally extended the deadline for the employer-based mandate for Obamacare, violated separation of powers by legislating the Deferred Action for Childhood Arrivals (DACA) and Deferred Action for Parents of Americans and Lawful Permanent Residents (DAPA) from the Oval Office, and signed off on the extrajudicial killing of American citizen and al-Qaeda operative Anwar al-Awlaki in 2011? Al-Alawki was an awful human being, who reportedly inspired Major Nidal Hassan to kill 13 people at Fort Hood in 2009. Yet, before the state can kill an American, he must undergo due process of law, which didn’t happen, even in absentia.

Trump’s executive order isn’t unconstitutional, nor is this a constitutional crisis. But I’m sure this was a successful signal to donors to get their checks ready to fill the congressman's war chest. We'll know his decision by the spring.