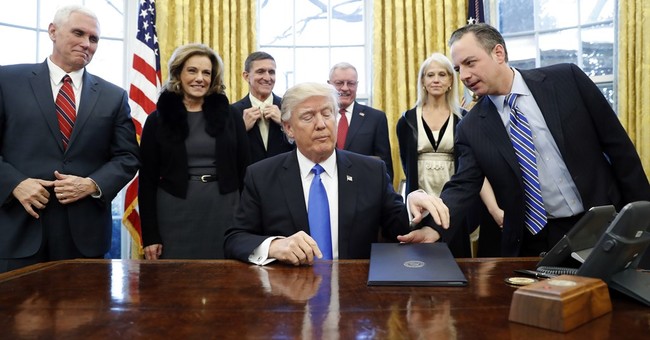 A second federal judge has issued another legal challenge to President Donald Trump’s executive order on immigration. Cortney wrote over the weekend that Judge Lenonie Brinkema of the Eastern District of Virginia ordered that those detained at U.S. airports because of Trump’s order are not to be deported, and allow green card holders to have access to legal counsel. Green card holders would also not be subject to deportation for at least a week. Within hours, the Trump administration said that green card holders wouldn’t be subjected to the order.

Birotte’s ruling came in a case hastily filed Tuesday on behalf of 28 Yemeni-born people. The group consists of United States citizens living here and family members who remained behind in Yemen but had received immigrant visas to come to the U.S., according to court filings.

Birotte, however, went further, granting a request from the plaintiffs’ lawyers that his ruling be applied to anyone trying to enter the U.S. on a valid immigrant visa from the seven countries included in Trump’s ban.

The executive order, which Trump has said will better protect the country against terrorist attacks, blocks citizens from Iran, Iraq, Libya, Somalia, Sudan, Syria and Yemen from coming to the U.S. for at least 90 days. It also imposes a ban for 120 days on refugees from any country entering the U.S. and bars refugees from Syria indefinitely.