Chaffetz On Clinton: ‘The Investigation Continues’ 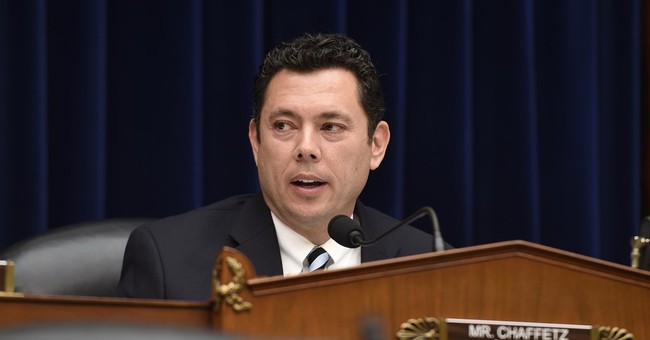 The 2016 election is over. Hillary Clinton is not president. Donald Trump is now the 45th president of the United States. But Rep. Jason Chaffetz (R-UT), chairman of the House Oversight Committee, isn’t done with the former first lady. As he noted after Trump’s upset win in November, the committee plans on investigating Clinton further. In fact, House Republicans said that their efforts could last years.

At the inauguration, Chafftez shook the hand of the former secretary of state. He posted the encounter to Instagram, with the caption “So pleased she is not the President. I thanked her for her service and wished her luck. The investigation continues.”

Yeah, Chaffetz and the House Republicans aren’t done with her yet.

So pleased she is not the President. I thanked her for her service and wished her luck. The investigation continues.