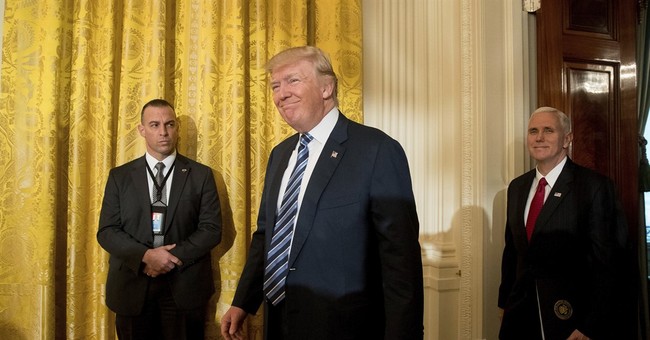 Citizens for Responsibility and Ethics will file a lawsuit with the Southern District of New York against President Donald J. Trump over payments from foreign governments to his various businesses (via The Hill):

Citizens for Responsibility and Ethics in Washington (CREW) announced Sunday night it is bringing a suit “to stop President Trump from violating the Constitution by illegally receiving payments from foreign governments.”

At issue is Trump’s refusal to divest from his business or place his assets into a blind trust, which would separate him entirely from his business empire. He has said his adult sons will run his business while he is in office, that they will not conduct any foreign deals and will subject any domestic deals to an ethics review.

“We did not want to get to this point. It was our hope that President Trump would take the necessary steps to avoid violating the Constitution before he took office,” CREW Executive Director Noah Bookbinder said.

“He did not. His constitutional violations are immediate and serious, so we were forced to take legal action.”

Let’s take this with a grain of salt. CREW is part of Clintonite David Brock’s network, along with super PAC American Bridge and Media Matters for America. Brock has said that he intends to find ways to “kick Donald Trump’s ass.” The Clinton ally spoke with Democratic donors at Palm Beach over the inauguration weekend, where a confidential memo obtained by the Washington Free Beacon appear to show a long-term strategy to defeat Trump by impeaching him.

Is that the first salvo in that effort?