Dan Rather: When Trump Lies, We Have To Call Him Out 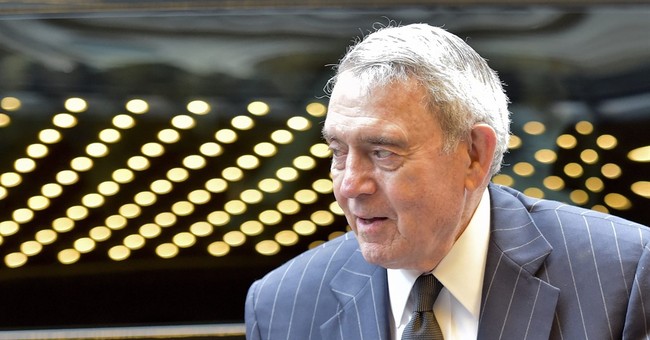 Former CBS News anchor Dan Rather is teaching an online course in journalism called “finding the truth in the news” at UDemy. Now, he’s taken to Facebook to say that the media, the American people, and the political class has to call out President Trump on his lies. No, this isn’t the Onion.

“These are not normal times. These are extraordinary times. And extraordinary times call for extraordinary measures,” wrote Rather. “What can we do? We can all step up and say simply and without equivocation. "A lie, is a lie, is a lie!" And if someone won't say it, those of us who know that there is such a thing as the truth must do whatever is in our power to diminish the liar's malignant reach into our society,” he added.

Yeah, this is coming from a man who embroiled CBS in scandal for using