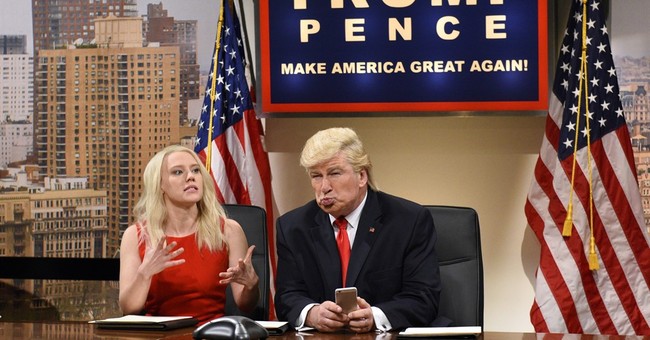 Christine wrote about actor Alec Baldwin’s attempt to troll President-elect Donald Trump with a “Make America Great Again” hat that’s in Russian. It’s an obvious swipe at Trump for the reports that Russian President Vladimir Putin ran a coordinated effort to influence the 2016 election in order to tilt the scales in favor of Trump. So far, there is no evidence to suggest that a) this deluge of propaganda had any impact; and b) Russia actually messed with the vote tallies, which would constitute a cyber attack. The latter is the one the Left is most held up on even though that’s not what happened. The Obama administration said that the Department of Homeland Security saw no increase in malicious activity that would constitute a cyber attack on election night.

Yet, Fox News’ Julia Roginsky, a liberal commentator who was born in Moscow, noted that the translation isn’t correct, according to Mediaite.

Sigh, Alec Baldwin... that hat is both grammatically incorrect and is more about making America groovy again. https://t.co/86xmaX6HAA

The grammatical declensions of the words are all wrong and the word for "great" is better translated as "awesome" or "groovy." https://t.co/0cYQ7wDwFt

Well, chalk this one up as another liberal fail.