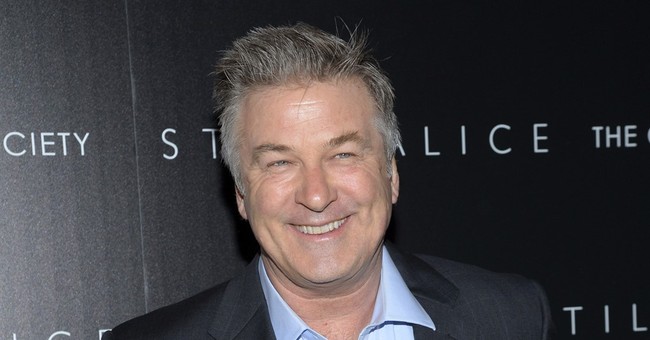 Actor Alec Baldwin, who portrays President-elect Donald Trump on "Saturday Night Live," apparently has not yet gotten over the fact that Trump defeated Hillary Clinton two months ago. On Instagram, Baldwin posted an image of him wearing one of Trump's signature "Make America Great Again" hats...but with the slogan translated to Russian.

Obviously, this is a reference to reports that Russian President Vladimir Putin organized an "interference campaign" to help Trump win. But still, this just kind of screams "petty." The Russian government did not hack the election, nor did they hack Clinton's campaign and tell her not to campaign in Wisconsin or other must-win states. Hillary ran a bad campaign and didn't do things she should have done if she wanted to win. That's what it boils down to.

Personally, if I were Alec Baldwin, I'd be secretly thrilled with Trump's victory--it's a guaranteed gig on SNL for the next four years.