ICYMI: A Police Officer Had The Cops Called On Him For Arriving (Armed) To His College Class In Uniform 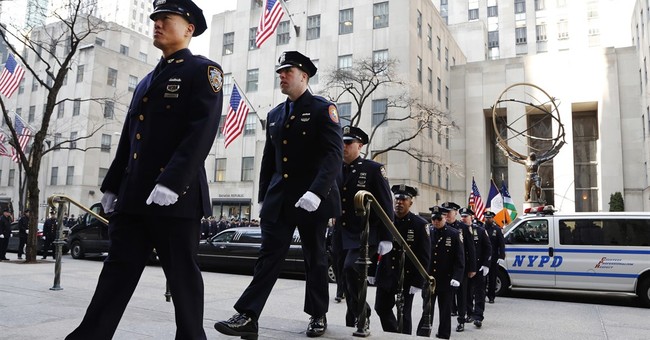 On December 13, a Louisiana police officer had a rather interesting encounter while attending class as Loyola University in New Orleans. He had the police called on him because he was in uniform with his gun. Apparently, a student was uncomfortable with a member of law enforcement in the classroom. Keep in mind that the officer had been taking this class in civilian clothing for weeks, but in this instance, had no time to change following the end of his shift. The school said that this whole fiasco was a misunderstanding (via The Washington Times):

Sgt. Josh Collins, of the Jefferson Parish Sheriff’s Office, wrote a now-viral Facebook post Wednesday saying he had been too busy to change and showed up to class fully uniformed. He said he was then “ostracized” by his professor after a student complained about his firearm.

“Shortly after my arrival, a fellow classmate complained to the professor of their uncomfortableness of having an armed police officer in the class,” he wrote. “Mind you, I have sat in the same class for the last six weeks in civilian clothing. My professor then called the police. Of course I was not privileged to either of these conversations as they took place behind my back. My professor then pulled me out of class and told me that he had called the police based on the student complaint The police obviously never came and told him over the phone that I was perfectly within the law.”

“A student in the class saw another student with a firearm, and during a class break said something to the teacher,” the university said in a statement, CBS reported. “The teacher contacted campus security to determine university policy. Campus security directed the teacher to confirm that the student with the firearm works in law enforcement. The teacher confirmed that the student worked in law enforcement and the class resumed at the end of the break.

This isn’t the first time misunderstanding either. In Washington State, correctional officers were forced to leave a Cheesecake Factory because they were armed. The corporate office apologized for the incident, citing a miscommunication of the company’s policy regarding firearms at their establishments. Still, a student feeling uncomfortable with a uniformed police officer in class. Sort of nails the “snowflake” classification for these soft liberal students, huh?