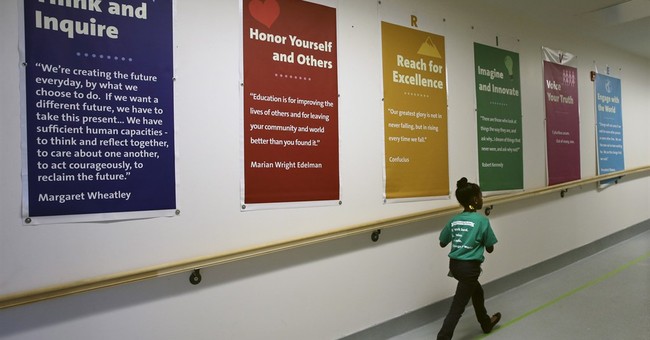 In July, Townhall attended a school choice conference hosted by the Franklin Center in Denver, Colorado. One of the things that we learned from the two-day conference was that charter schools appear to be one of the best educational institutions helping low-income students.

Schaller mentioned that the mid-2000s were a disaster for Denver. It had the lowest rate of academic growth for medium and large school districts, with less than 39 percent of students graduating in four years.

With the implementation of school choice and rigorous accountability standard, most of which targeted failing charter schools. The quality of education improved dramatically. Towards the end of his presentation, Schaller added that by 2012, Denver had the highest rate of academic growth in the state for medium and large districts, it was the fastest urban school district in the country, 65 percent of students were graduating on time.

He added that 48 percent of Denver students enrolled in college, one in seven were low-income students. The rest of the state it’s one in twenty. Alexander Ooms of the Donnell-Kay Foundation, a think tank focused on education reform, wrote “while the strategy of starting new schools is paying dividends for DPS, the success in creating quality schools — as well as serving low-income students within those schools — resides overwhelmingly with charters.”

Schaller said, as many did at the conference, that education is a touchy subject for many in the country. He gave four key areas to focus on when crafting successful education reform. Bipartisanship is key; one side alone can’t do it. Be message neutral, focus on the quality of education regardless of whether it’s public or charter.

“Results for kids are all that ultimately matter,” he said. As such, you should focus on equity—and make sure you make the point that autonomy and accountability will be part of the equation.