Republican Elector Resigns Rather Than Cast Ballot For Trump, Says He Didn't Want To 'Bring Dishonor To God' 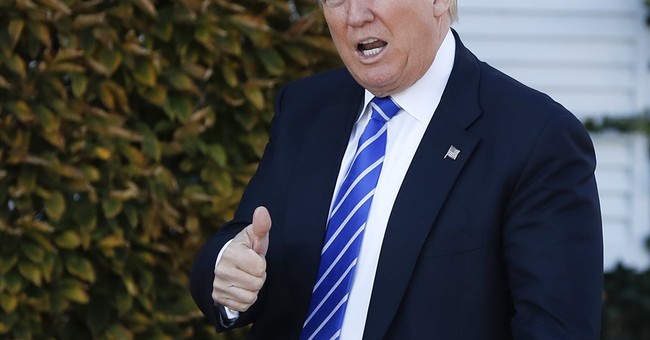 A Texas Republican elector has decided to quit rather than cast a ballot for President-elect Donald J. Trump. Art Sisneros has long said he was strongly against the real estate mogul’s presidential campaign back in August, telling Politico at the time that he was strongly leaning towards casting a ballot against him. Now, he’s decided to call it quits, saying he didn’t want to dishonor God, and that Trump will still be president of the United States no matter what he did. Hence why he felt this allowed him to follow his conscience:

A Republican member of the Electoral College who had expressed reservations about supporting President-elect Donald Trump has opted instead to resign his position and turn it over to an alternate elector.

Sisneros detailed his decision to resign in a little-noticed blog post over the weekend. In it, he argued that Trump is unqualified to be president — but also wrote that he knows he can’t prevent it from happening.

“If Trump is not qualified and my role, both morally and historically, as an elected official is to vote my conscience, then I can not and will not vote for Donald Trump for President. I believe voting for Trump would bring dishonor to God,” Sisneros wrote. “The reality is Trump will be our President, no matter what my decision is.”

This is America. You can vote your conscience, vote party line, or not vote at all. I had my reservations about Trump. Heck, I even said that he wouldn’t win the nomination or become our next president. I was wrong. When Trump finally won the nomination, the fight over who will take on Clinton was over; denying Hillary the White House was all that mattered. As a Republican, I fell in line; it’s not like this was a cakewalk for anyone who ran in the GOP primary. It was a brutal slog at times—Trump came out on top. He was our best shot to defeat Clinton. It wasn’t Gary Johnson. It certainly wasn’t Evan McMullin. It was Trump. In my opinion, he was the only serious option concerning defeating the Clintons (though I still criticized him when he went off the hinges), but I don’t begrudge anyone on the Right who couldn’t stomach Trump.

With Mr. Sisneros, he went the way of his conscience and it won’t impact the election. Trump won. In December, when the Electoral College votes are counted, it will be made official. I do find the whole dishonoring God part a tad over the top; I think we’re going to be fine under President Trump. Clinton is finished. The GOP is the dominant political force in the country. Let’s see what a Trump White House and a Republican Congress can come up with to reverse eight years of Obama. Mr. Sisneros couldn’t lend his voice to that, given the nature of the president-elect, but like he said, the Electoral College afforded him the ability to vote his conscience knowing full well that Trump was going to win regardless. He had the freedom to do so. Is it disappointing? Yeah—it always stings when the party is divided, but 90 percent of Republican voters cast their ballots for Trump on November 8.

Let’s not waste too much time beating up, Sisneros. Trump still won. Let’s move on.