For Liberals, Clinton's Defeat Is A Painful Reminder That Demography Is Not Destiny (Oh, And She Actually Ran A Terrible Campaign) 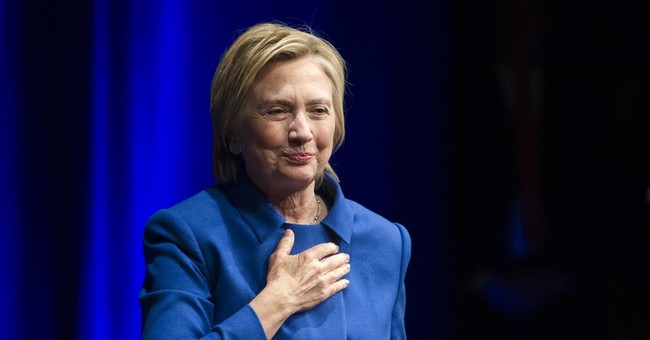 Hillary Clinton was a terrible candidate. We all know this, but let’s delve into the incompetence and the arrogance that infested the Clinton campaign. For starters, they started drinking champagne before the ballots were counted. They expected massive turnout. They expected to win. None of that happened. Clinton’s attack ads against Trump, which admittedly made me more inclined to vote for him, fell flat. Rust Belt voters didn’t care that he possibly avoided paying taxes for nearly twenty years legally. Liberals seem to be the only people who actually think everyone likes paying taxes. From the richest one percent to the factory worker, as April approaches—everyone is scrambling to find ways to avoid paying as much tax as possible. We’re Americans; we like to keep our hard earned money. They also didn’t care about his remarks regarding women. The data was off. What was needed was boots on the ground—and the Clinton campaign didn’t have enough to deploy in a manner that could’ve swayed the election in her favor. The Huffington Post’s Sam Stein had more:

In Michigan alone, a senior battleground state operative told HuffPost that the state party and local officials were running at roughly one-tenth the paid canvasser capacity that Sen. John Kerry (D-Mass.) had when he ran for president in 2004. Desperate for more human capital, the state party and local officials ended up raising $300,000 themselves to pay 500 people to help canvass in the election’s closing weeks. By that point, however, they were operating in the dark.

A similar situation unfolded in Wisconsin. According to several operatives there, the campaign’s state office and local officials scrambled to raise nearly $1 million for efforts to get out the vote in the closing weeks. Brooklyn headquarters had balked at funding it themselves, arguing that the state already had a decent-sized footprint because of the labor-backed super PAC For Our Future and pointing out that Clinton had never trailed in a single poll in Wisconsin.

The campaign’s state office argued additionally for prominent African-American surrogates to help in Milwaukee. “There are only so many times you can get folks excited about Chelsea Clinton,” explained one Wisconsin Democrat. But President Barack Obama and first lady Michelle Obama didn’t come. Nor did Hillary Clinton after the July Democratic convention. She would go on to lose the state, hampered by lower turnout in precisely the place that had operatives worried.

As the Washington Post reported, Clinton’s campaign and outside groups supporting it aired more television ads in Omaha during the closing weeks than in Michigan and Wisconsin combined. And as NBC News reported, during the final 100 days of the election, Trump made 133 visits to Florida, Pennsylvania, Ohio, North Carolina, Michigan and Wisconsin while Clinton made 87.

On the margins as well, campaign operatives say the Clinton campaign’s failure to have a footprint did real harm. In Pennsylvania, for example, the campaign had a healthy canvassing operation and was flush with volunteers, many of whom poured in from New York City and Washington, D.C. But according to one longtime grassroots campaign operative who was involved in the 2016 cycle, leadership was focused predominantly on turning out their own voters and not on persuading others to come on board.

Hey, arrogance is the default setting for any urban-based liberal elite. They’re a bunch of snobs, who don’t think you’re worth the time or effort unless you’re college-educated, preferably Ivy League, who speaks with learned diction. That’s why Clinton ignored rural voters and white Catholics; her campaign thought they were a waste of time.

If you’re nonwhite, that’s different. You’re automatically in the club because of diversity and stuff, though liberals always end up doing next to nothing to help the disaffected in their communities, but hey—the Democratic Party’s Christmas card looks so diverse right? Yeah, that’s the thing about demography. It’s not destiny. Matt Bai touched upon this in his column for Yahoo! News, where he noted that Democrats are very much in the same place where they were in 2004: a bunch of total losers. And they got that way because they got on the same path as the Republicans. They got lazy.

But the Cult of Demography was built on some very flawed assumptions.

According to exit polls, which are imperfect but the best measure we have, Obama won 95 and 93 percent of African-Americans, respectively, in his two elections. He won 66 percent of the youngest voters in 2008.

Clinton won 88 percent of African-Americans and trailed Obama among young voters by several points. You can say she “underperformed,” but the reality is that probably no other Democrat today could match what Obama did in these communities.

The second problem is that even if you buy that a Democrat can maximize turnout among minorities and the already converted, it doesn’t mean you can simply forget about everyone else. In politics, how well you do among your own constituencies isn’t all that matters; there’s also the question of just how poorly you do among the groups you can’t win.

Of course, some Democrats will argue that even if this election doesn’t validate the demography argument, all they have to do is wait. They won the popular vote, after all, and those margins will only grow as America becomes more diverse and millennials more engaged.

They’ll point out that the share of white voters seemed to have declined by another couple of points this year, following a downward trend. Give it a few years, and Clinton’s model will work just fine.

But that’s making another dubious assumption — that because any bloc of voters is reliably in one camp today, they’ll still be there 10 years from now. It assumes that Republicans can’t field a candidate who appeals to some larger segment of black or Latino voters, a third of whom voted Republican this year.

It assumes, too, that younger voters don’t grow more ideologically diverse as they age. According to an analysis by the Democratic group Third Way, Gen Xers — my generation — grew markedly more conservative in the decade between 2000 and 2011. There’s not much reason to think millennials will remain stuck where they are, either.

The bottom line for Democrats ought to be this: You can’t really count on winning elections without persuading anybody of anything they don’t already believe. You can’t be a truly national party if you need 90 percent of a single minority’s votes just to be competitive (any more than you can be a national party relying only on white voters)

Still, the fact remains that Democrats will need to win back white working class voters if they want to retake the White House and Congress from Republicans. And that could be possible, as the Rust Belt isn’t married to either party. Republicans need to deliver and the first signs of political reward or punishment will be in the 2018 midterms, which have already begun.

In all, voters, including Democratic ones, didn’t like Clinton. They didn’t trust her; more voters trusted Trump over Clinton. Millennials trusted Trump more to rein in Wall Street. There was no spike in Latino turnout this year—and black turnout was down. Scores of Obama supporters, millions actually, voted for Trump, while other stalwarts of the liberal coalition simply were enthused enough to vote or refused to cast a ballot after seeing the choices. With rural voters, some might have not liked Trump at all, but what drives their vote isn’t ideology; it’s survival. MSNBC’s Joe Scarborough noted this, while left wing filmmaker Michael Moore, who has offered some surprising insights into this forgotten community since these are his roots, also pushed back against the narrative that these people are racists.

They’re not living in a bubble, Moore said after the election. These people have been living in an economic disaster for years and they chose Trump to be their guy to crash the establishment’s party. As you can see from Stein’s article, he actually went into these communities as well.

As progressives and liberals drown their sorrows, protest, rage, and bellow about how Clinton could’ve lost against Trump. Maybe read the stories about the champagne popping before all the ballots were cast, the email server, the alleged unethical ventures at the Clinton Foundation, the Wikileaks emails which put Democrats in a terrible light, her character issues, and the fact that Clinton is not Barack Obama—to understand why Lady Macbeth lost to a political neophyte from Fifth Avenue. Moreover, the decision to simply say screw you to tens of millions of voters, who drove a tractor right over the face of what used to be one of the most formidable political machines in our history. The Trump presidency is about to begin and the Clinton chapter is about to close. Yes, it could’ve continued for next decade, but arrogance, incompetence, and complacency finally killed it—and thank God for that. We won’t be getting a third Obama term and old sick Hillary can finally get out of our lives.