NPR: Too Many Democrats Focus On The Cities And They'll Be Left Out In The Cold If That Remains 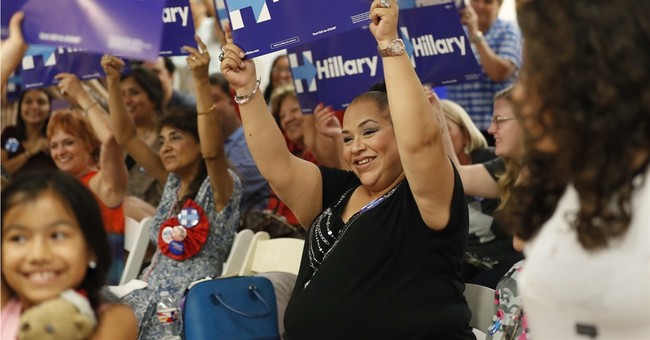 Well, I guess we can all do a Google search and find articles that warned Democrats that their urban-centered strategy is going to eventually sink them, and this is one of those moments. In March of 2016, National Public Radio touched upon how the Democratic Party was slowly being eaten from the inside, especially at the state and local level, where the GOP has flourished under the Obama presidency. The president has done next to nothing to encourage a Democratic offensive to retake the ground. After the 2016 election, the GOP retained Congress, won the presidency, clinched 69/99 state legislatures, and 33 governorships. The Democratic Party has been decimated under Obama. And Democrats have a mere four years to reverse historic gains made by the GOP at the state and local level.

While heavily underreported, the state and local elections are some of the offices where economic impacts are felt immediately. State legislatures redraw congressional districts, with offices like county commissioner/executive and secretary of state being springboards for higher executive office. Scott Walker followed that track. He was a county executive, who became a governor, and then became a presidential contender. These offices have untapped power, which Democrats have ignored. Moreover, as with Walker and others, they form the talent pool from which new leaders of the party emerge. Some Democrats know this, but its fallen on deaf ears.

Mara Liasson, who wrote the NPR post, noted that if Democrats refuse to venture past metropolitan areas, they could be left out in the cold. Flash forward to November 9th, that’s precisely what happened:

It's not only bad timing and gerrymandering that have hollowed out the Democratic Party. Mo Elleithee, a former Democratic National Committee official, says Democrats have never put enough effort and resources into state legislative races. Republicans, on the other hand, make those races a top priority.

Too many Democrats live in cities

This is another problem that makes it easier for Republicans to draw congressional and state legislative districts that disadvantage Democrats. Democratic voters are clumped together in urban areas. You could say that for the purposes of winning elections, Democratic voters are just not efficiently distributed.

Its why even in red states like Texas and Utah there are cities that are solidly Democratic — and why lesbian mayors were elected in Houston and Salt Lake City. When Democrats cluster in and around cities, they win local elections, but that doesn't help them win suburban or rural congressional seats.

This November, the stakes for Democrats couldn't be higher. Without the White House, assuming party control elsewhere remains the same, Democrats would be truly out in the cold.

There is another America that exists outside the Beltway and the bubbles that dominate the liberal bastions of power (i.e. New York, Los Angeles, San Francisco), which angrily got a seat at the table this cycle. They’re tired of being ignored. They’re tired of suffering under economic hardship. Hillary Clinton, like Romney, didn’t resonate with these people, partially because her won campaign thought that white working class voters weren’t worth the time. That was a fatal error. And because Democrats only focused on their voters, while mocking and viewing with scorn those who aren’t like them, we now have the Republican Party being the dominant political force in the country. They got swallowed up by the working class.