As Hillary's Chances Are Fading, Clinton HQ Be Like 'What The F**k' Right Now 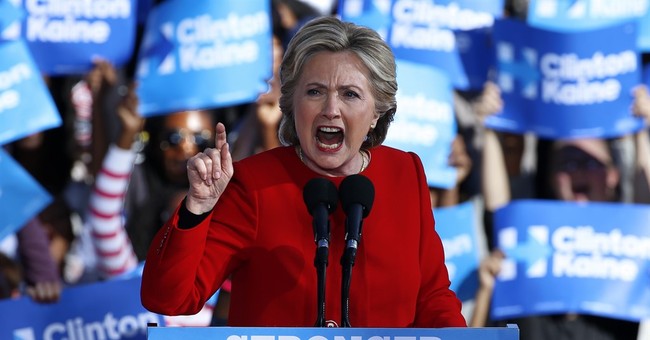 Right now, The New York Times is giving Trump a 95 percent chance of winning the presidency. He’s projected to win between 290 and 300 electoral votes. As we speak, he won Wisconsin, sewed up Georgia, and is tightening things up in Pennsylvania. Michigan also could be pulled into the Trump column. As a result, the mood at Clinton headquarters in Brooklyn, New York has devolved in the proverbial “what the f—k” (via The Hill):

Behind the scenes, allies grew nervous, too.

“I'm holding it together but definitely worried,” one longtime friend said.

“What the f---?” one aide said. “This wasn't part of the plan. This is making everyone nervous. I think everyone is biting their fingernails here. I don't think anyone anticipated this.”

The mood was different across town at the New York Hilton, where Trump is holding his election night celebration.

Just after 10 p.m., as New Mexico was called for Clinton, the crowd began to buzz again.

But they grew quiet once more before too long.

That silence should get more prolonged and deafening as this night goes on. For now, things do not look good for Hillary Clinton.