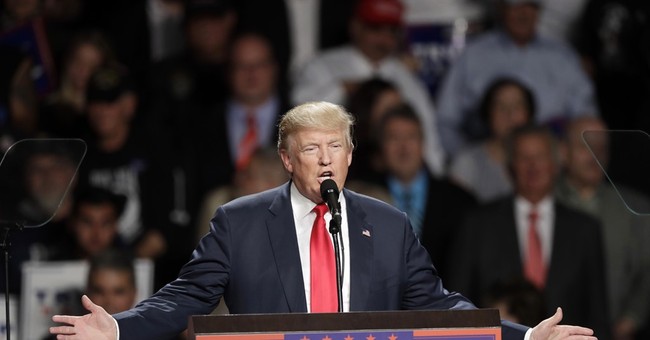 If there’s one character that’s been smeared and taken through the gutter this cycle, besides Donald Trump, it’s Russia. Ever since Wikileaks decided to air the Democratic Party’s dirty laundry, the Left has engaged in Red Scare-like tactics, blaming Bear Country for influencing the U.S. election—even going so far as to allege coordination between GOP nominee Donald Trump and the Russian government. The rumor mill has been spinning hard on that allegation. From insane letters to FBI Director James Comey written by Sen. Harry Reid (D-NV) to various “people have said” stories relating to the FBI’s investigation into the matter, The New York Times reported yesterday that the bureau has found zero evidence to point to any such coordination.

First, the other stories, like this one where a spy told the FBI that Russia has been influencing Trump for years (via The Hill):

A former senior intelligence officer for a Western country who specialized in Russian counterintelligence provided the FBI with information he says shows the Russian government has spent years trying to influence Donald Trump.

In June, the officer, who now works for a U.S. firm gathering information on Russia for corporate clients, was told to research the Republican presidential nominee's dealings in Russia, Mother Jones reported Monday night.

"It started off as a fairly general inquiry," the ex-spy said.

As he searched, he says he found “an established exchange of information between the Trump campaign and the Kremlin of mutual benefit."

Citing it as an “extraordinary situation,” he [sic] ex-intelligence officer sent a copy of his report to the FBI.

He said FBI officials greeted his July memo with “shock and horror” but did not request additional information.

Then, CNBC’s story where FBI Director James Comey reportedly said he was holding off on his alleged Russia-Trump evidence because it was too close to Election Day:

FBI Director James Comey argued privately that it was too close to Election Day for the United States government to name Russia as meddling in the U.S. election and ultimately ensured that the FBI's name was not on the document that the U.S. government put out, a former bureau official tells CNBC.

The official said some government insiders are perplexed as to why Comey would have election timing concerns with the Russian disclosure but not with the Huma Abedin email discovery disclosure he made Friday.

In the end, the Department of Homeland Security and The Office of the Director of National Intelligence issued the statement on Oct. 7, saying: "The U.S. intelligence community is confident that the Russian Government directed the recent compromises of emails from U.S. persons and institutions, including from U.S. political organizations. ... These thefts and disclosures are intended to interfere with the U.S. election process."

And now, from The Times, there are no connections between Russia and Donald Trump:

For much of the summer, the F.B.I. pursued a widening investigation into a Russian role in the American presidential campaign. Agents scrutinized advisers close to Donald J. Trump, looked for financial connections with Russian financial figures, searched for those involved in hacking the computers of Democrats, and even chased a lead — which they ultimately came to doubt — about a possible secret channel of email communication from the Trump Organization to a Russian bank.

Law enforcement officials say that none of the investigations so far have found any conclusive or direct link between Mr. Trump and the Russian government. And even the hacking into Democratic emails, F.B.I. and intelligence officials now believe, was aimed at disrupting the presidential election rather than electing Mr. Trump.

F.B.I. officials declined to comment on Monday. Intelligence officials have said in interviews over the last six weeks that apparent connections between some of Mr. Trump’s aides and Moscow originally compelled them to open a broad investigation into possible links between the Russian government and the Republican presidential candidate. Still, they have said that Mr. Trump himself has not become a target. And no evidence has emerged that would link him or anyone else in his business or political circle directly to Russia’s election operations.

The most serious part of the F.B.I.’s investigation has focused on the computer hacks that the Obama administration now formally blames on Russia. That investigation also involves numerous officials from the intelligence agencies. Investigators, the officials said, have become increasingly confident, based on the evidence they have uncovered, that Russia’s direct goal is not to support the election of Mr. Trump, as many Democrats have asserted, but rather to disrupt the integrity of the political system and undermine America’s standing in the world more broadly.

The hacking, they said, reflected an intensification of spy-versus-spy operations that never entirely abated after the Cold War but that have become more aggressive in recent years as relations with Mr. Putin’s Russia have soured.

It’s funny how the party that mocked the GOP for being stuck in the past concerning viewing Russia through a Cold War paradigm now sees the country as an enemy. As for the latter part of that piece, spy games are just part of geopolitics; the Obama administration knows this all to well as they got caught spying on our allies. There isn’t evidence of a Trump-Russia connection, and there seems to be that there never has been such a link. That’s not to say that Russia’s global operations haven’t been troubling (i.e. annexing Crimea), they have—but this notion that Trump is some Manchurian Candidate is beyond absurd. And the FBI has found nada to suggest as much.