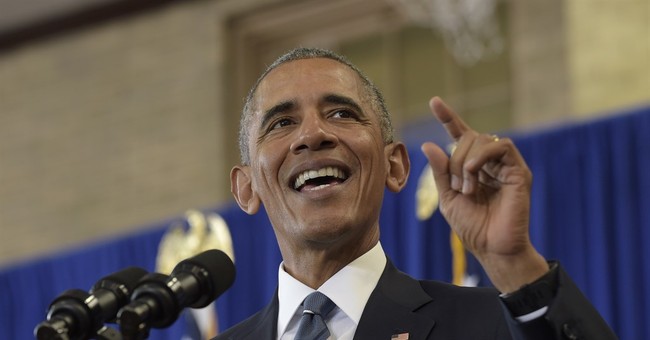 Guy wrote about the coming damage Obamacare will inflict upon us in 2017. In short, it’s a total disaster, with premiums set to spike to outrageous levels, 75 percent in Arizona alone. Another punch to the gut regarding this miserable failure of a health care law; there are fewer Americans with private insurance now than there were in 2007 (via

It turns out that median incomes aren't the only thing that have dropped since 2007.

This isn’t the only thing that off. The projections from the Congressional Budget Office regarding where enrollment should be with Obamacare missed its target…by 24 million. Hope and change, folks.

Did Fauci Really Say More Kids Have Died of COVID Than the Flu?
Townhall
Peter Doocy grills Jen Psaki about vaccination requirements for people flying vs. walking into US illegally (spin & dodging intensifies)
Twitchy
Here’s What the Police Report Says About Physical Altercation Between Gabrielle Petito and Brian Laundrie
Redstate
You'll Have Only One Question When You See This Hospital's COVID Shot Religious Exemption Form: Is This Thing Legal?
PJ Media