Total Meltdown: Pence Tells Trump He’s On His Own (For 48 Hours), Scores Of Republicans Head For The Exit 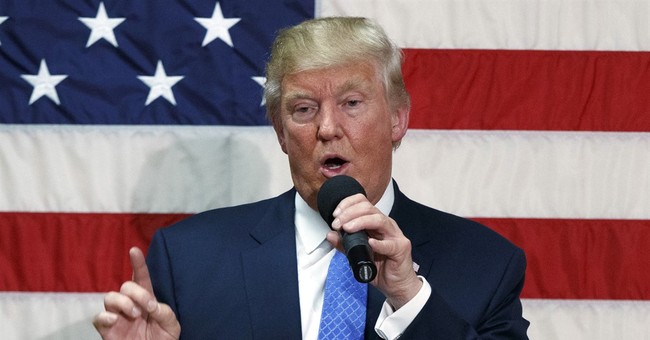 As both sides prepare for the second presidential debate tonight, let’s be clear: all eyes will be on Donald Trump and what he does to hopefully try and do some damage control over these atrocious remarks he made 11 years ago. Now, we could see him attack Hillary over Bill Clinton’s sexual past, which he said he wouldn't do days before the release of the 2005 Access Hollywood tape. This wouldn't be the first time Trump reneged on something. In that recording, Trump can be heard telling then-co-host Billy Bush how he tried to sleep with fellow anchor Nancy O’Dell, who is now with Entertainment Tonight. O’Dell is married. He then detailed how he’s automatically attracted to beautiful women, adding that famous women allow anything to happen to them, even groping them is permitted.

“And when you’re a star they let you do it. You can do anything...Grab them by the p---y,” said Trump in the recording. At the time, he was on the set of Days of Our Lives, where he was filming a guest appearance.

The remark has set off a firestorm of condemnation and mass defections. In all, 55 GOP governors and members of Congress are not supporting Trump over these remarks, which are a complete and total public relations nightmare. Trump has said many idiotic things before in the past, though Republicans have usually condemned the statements, but bit their lip by continuing to support the man. Now, these comments about grabbing women’s private parts seems to be a bridge too far for most.

Guy wrote yesterday how the worst is yet to come, with two more anti-Trump opposition dumps expected to occur soon, though his source wouldn’t elaborate on that prognostication any further. Nevertheless, the damage is done. The list of Republicans running for the hills is expected to grow. Gov. John Kasich is feeling good about being vindicated on his anti-Trump stance. Now, there’s a

NBC’s Chuck Todd said that Trump’s remarks were unrecoverable, noting that we’ll probably see how Republicans down ticket will try to break away from their presidential nominee. He also said that it's too late to boot Trump from the ticket. Leaving out the fact that Trump vowed to never drop out this weekend, the ballots are already set across the country. Say this far-fetched scenario came to pass; the GOP would have at the very least the first week in September to get things in motion for an Election Day without Trump. That has long since passed.

As we head into this second debate, one side could hope that Trump embody the very personality he loathes: being contrite, apologizing for his remarks, to his wife, to Ms. O’Dell, his supporters (because he has let them down with this episode)—but I doubt that will happen. Trump will offer some quasi-apology, then go right ahead into bashing Clinton for her husband’s adulterous affairs. This will end poorly. Given that there is zero chance of trying to sway some (I know I’m being generous here) female voters away from Clinton through attacking her on her emails and the possible ethical issues relating to the foundation, Trump might go off the rails since he has nothing left to lose. His people already nixed his idea of holding a press conference to settle this issue because of the tendency for them to go off the hinges. Even during the making of his taped semi-apology, a Trump adviser reportedly told him that the whole thing would fail should he mention the Clinton, according to The New York Times' Maggie Haberman. He did so anyway.

So, whereas an apology, a sincere, heartfelt apology, could possibly stop the bleeding—it’s safer to assume that Trump will be Trump and do the opposite. A pity since a lot of female voters have been concerned about Clinton’s emails, as they view the whole fiasco (rightfully) as examples of the former first lady living by a separate set of rules and being totally unaccountable. There was for a time (in the long, long ago) where Trump could’ve built upon that. For a few weeks heading into the fall, he did do that—remaining disciplined after the critical campaign shakeup that brought in Kellyanne Conway to right the ship. Even she is pulling out of some Sunday morning talk shows to hopefully try and and fix this catastrophe. How bad is this incident? Gov. Mike Pence reportedly told Trump that he’s on his own for the next 48 hours.

This morning, Pence called Trump and told him he had to handle the next 48 hours alone. He didn't think he'd be an effective surrogate.

Kind of amazing @mike_pence stock could actually go up. He wont campaign for trump & lots of GOP calls for him replace trump on ticket.

From @DanaBashCNN: Pence told Trump in their call this AM that the only effective person to speak on this is Trump himself (1/2)

MORE from @DanaBashCNN: Pence told Trump that if he went to Wisconsin it would interfere with that (2/2)

Miracles can happen, but don’t be expecting them tonight. Regardless, even with Trump being utterly indefensible with these remarks, a Trump White House and a Republican Congress is still more palatable than a Clinton presidency with a possible (even more so now with these tapes) Democratic Congress…for me at least.

Last Note: Here are all the Republicans that have abandoned their support (via HuffPo):