Clinton Pretty Much Said That Sanders Supporters Are Basement People 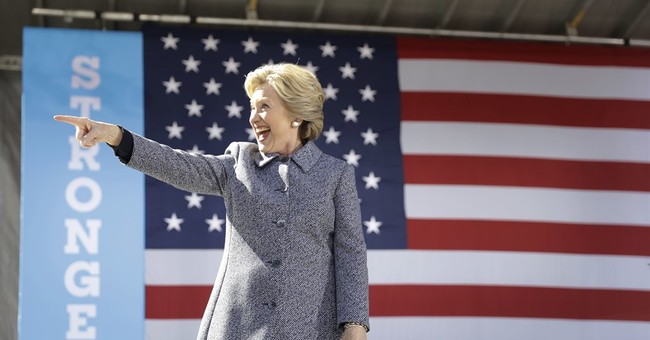 Hillary Clinton called Trump supporters deplorable and now she feels that Bernie Sanders supporters are naïve basement dwellers. They’re casualties of the great recession. Yet, Clinton also touched upon the level of entitlement that flows through the veins of these young Americans as well. Clinton made these remarks at a private fundraiser in McLean, Virginia back in February. T. Becket Adams of The Washington Examiner had more:

"Some are new to politics completely. They're children of the Great Recession. And they are living in their parents' basement. They feel they got their education and the jobs that are available to them are not at all what they envisioned for themselves. And they don't see much of a future," the now-Democratic nominee said at a private fundraiser held in Maclean, Va.

Clinton's remarks came in response to a question about why younger voters tend to be so cynical about government.

She continued, saying, "I met with a group of young black millennials today and you know one of the young women said, 'You know, none of us feel that we have the job that we should have gotten out of college. And we don't believe the job market is going to give us much of a chance.'"

Audio from the February fundraiser, which was held at the Virginia home of former U.S. ambassador Beatrice Welters, was released Friday by the Washington Free Beacon.

Clinton also spoke on the broader issues of the 2016 election.

"It is important to recognize what's going on in this election. Everybody who's ever been in an election that I'm aware of is quite bewildered because there is a strain of, on the one hand, the kind of populist, nationalist, xenophobic, discriminatory kind of approach that we hear too much of from the Republican candidates…”

"And on the other side, there's just a deep desire to believe that we can have free college, free healthcare, that what we've done hasn't gone far enough, and that we just need to, you know, go as far as, you know, Scandinavia, whatever that means, and half the people don't know what that means, but it's something that they deeply feel.

First, there’s nothing xenophobic, nationalist, or discriminatory about wanting a smaller government that taxes less and creates a better business climate for employers to create jobs. I know Donald Trump probably isn’t the best small government advocate, but Republicans seem to be trusting him more with handling the economy, as Clinton’s agenda would certainly be a third term for Obamanomics.

Second, these kids are mad because the jobs they wanted aren’t around, or that the job market isn’t working for them after graduating from social justice warrior studies. Well, that’s just life, kids. I certainly didn’t get the first job I always wanted, but it provided me important life experience, such as finding housing, paying the bills, and budgeting myself based on my income. Your first job isn’t going to be your last one. The economy has changed in that respect. I’m dismayed that many in my generation complain about work, time they spend working, the lack of vacation, pay etc. while ignoring the fact that they’re young, have very little life experience at that point, and therefore, they don’t really qualify for six-figure salaries. You need to work hard to get to that point.

Clinton also said that she felt that she's "occupying from the center-left to the center-right," and that she doesn't "want to tell people things that I know we cannot do." Yeah, Clinton falls sure between those lines in the political spectrum, calling for a trillion dollars in new spending, more taxes, calling for a repeal of the Hyde Amendment on abortion, and an attack on our Second Amendment rights. I'd say she's a pretty solid liberal Democrat, but alas, you knew that already.

In all, what Clinton said was certainly not as bad a calling Trump supporters deplorable, though I’m sure the Bernie crew isn’t going to like being described as a bunch of lefty warriors that haven’t moved out of their parents’ basements. Still, I guess one could see why these Bernie-ites were so enthralled with Sanders’ free stuff agenda. They have nothing else to look forward to at this point.

The Free Beacon who first obtained the recordings also mentioned that Clinton may halt plant to upgrade our nuclear arsenal:

At a private event in McLean, Va., in February, Clinton revealed that she would likely cancel plans to upgrade the nation’s cruise missile arsenal. “I certainly would be inclined to do that,” she told a questioner who asked about rolling back the Long Range Stand-Off (LRSO) missile program.

Canceling the LRSO program would be a major break from Obama administration policy, which has placed significant emphasis on the missile as a key component of its wide-ranging efforts to modernize the U.S. nuclear arsenal.

About 1,000 LRSO missiles are scheduled to replace the Air Force’s Air-Launched Cruise Missiles (ALCMs) by 2030. The ALCM program has formed a key component of U.S. nuclear deterrence policy since the early 1980s.

At the end of the day, Clinton has managed to insult Trump supporters, patronize Sanders supporters, and might alter our nuclear deterrence policy for the worse.