Michael Moore To Liberals: Quit Dancing In The End-Zone, Trump Won The Debate 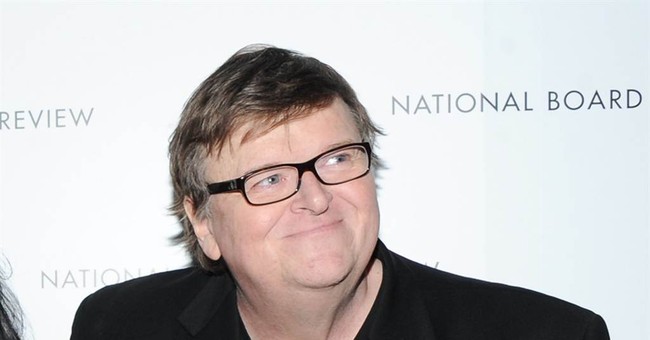 Trump got rolled, he choked, and Clinton won in a landslide. That’s the prevailing narrative from last night’s debate between Donald Trump and Hillary Clinton. I tend to think last night was a draw, as both sides didn’t fall off the cliff. But if there’s someone who truly felt that Donald won the debate last night (and is slated to win the election), it comes from a most unlikely source: left wing activists and filmmaker Michael Moore.

Moore took to social media, tweeting to Clinton supporters to stop dancing in the end zone during the debate last night since Trump was going to win. While telling his fellow liberal comrades they better get used to a Trump win tonight, he also said that now is the time to do something to try and stop Trump from winning the election, even reaching out to Bernie Sander supporters who are fence sitting between voting for Clinton, staying home, or maybe even voting for Trump.

It's over. Trump, the egoist, the racist, the narcissist, the liar, "won." We all lost. His numbers will go up. She told the truth. So what.

Pro-Hillary gloaters doing end-zone dance again when still on 50-yd line. U MUST get it in your head TRUMP IS GONNA WIN and act accordingly!

If u just turn off the TV right now and do nothing, you've just elected Donald Trump. Do something! Plan what you're going to do tomorrow.

Moore has been saying Trump would win this election for quite some time, noting the issues surrounding Hillary (her appalling favorability numbers), Trump’s appeal to white voters and the Rust Belt, and Clinton’s inability to excite the base. For Moore, her vote to authorize the Iraq War was the last straw, though he said that he would cast a ballot for her to stop Trump. Here’s what he said to Bill Maher on his show during the Republican National Convention (via Real Clear Politics):

I'm sorry to be the buzzkill here," he said. "But I think Trump is going to win. I'm sorry."

"I lived in Michigan, an let me tell you. It's gonna be the Brexit strategy. The middle of England is Michigan, Wisconsin, Ohio, Pennsylvania, and Mitt Romney lost by 64 electoral votes. The total number of electoral votes in those states in the rust belt, 64. All he has to do is win those four states. I was there during the primary, he went down and said they moved this factory down to Mexico, I'm putting a tariff on the cars, and it was music to peoples' ears," he added.

"And more people in the primary in Michigan voted Republican than Democrat this year. That should be a disturbing thing for everyone."

He again made this known during the veepstakes, where he lamented that Sen. Tim Kaine (D-VA) does nothing for the Democratic ticket, whereas Pence is a solid social conservative, which was needed to balance Trump’s past social liberalism, and it excited the base.

Tim Kaine. Sigh. Trying to win votes from a middle that's no longer there. Shows old political thinking. Trump picked VP to excite the base

Show me 1 voter gained by naming Tim Kaine. Att'n Hillary campaign: It's not Trump who'll beat u. It's the people who are going to stay home

Another thing that is music to people’s ears in the Rust Belt is bashing NAFTA, which Trump did for the first 30 minutes of the debate. How many people tuned out is another story, though Moore’s assessment of last night’s debate shows that politics can sometimes make for strange bedfellows.