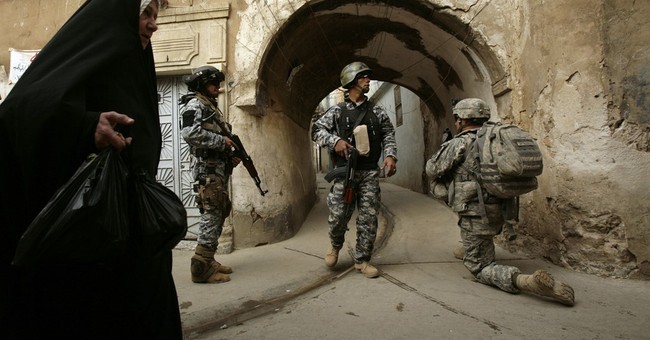 ISIS launched a chemical attack on U.S. and Iraqi troops near Mosul this week. Blessedly, no U.S. troops were killed—and the shell containing mustard gas was described as “poorly weaponized” and “ineffective.” U.S. forces are helping Iraqi government troops retake the city. Yet, it appears that we need more men on the ground to accomplish that goal. American personnel requested an additional 500 men to be deployed (via WSJ):

The new deployment, if approved by the White House, would assist Iraqi and coalition forces in preparing for the battle to capture the northern city, the extremist group’s last major stronghold in Iraq. That fight is expected to begin as early as mid-October, U.S. officials have said.

The U.S. move would come in the wake of an operation that began Tuesday by Iraqi forces in Shirqat, a town north of Baghdad, to further degrade Islamic State supply lines into Mosul. That operation, which was announced by Iraqi Prime Minister Haider al-Abadi in New York, where he is participating in U.N. General Assembly meetings, is a further indication that the Iraqi forces are preparing for the larger fight in Mosul, a city of about one million people.

The new U.S. forces would increase the number of American personnel officially deployed to Iraq from 4,400 to about 4,900. The Pentagon also maintains up to 1,500 additional U.S. forces that it doesn’t acknowledge as part of its Iraq force, most at the U.S. Embassy in Baghdad or on temporary assignments. The new deployment would bring the overall U.S. presence to as high as 6,400. The 500 would be in addition to roughly 400 new personnel the U.S. sent to Iraq in early September to prepare for the Mosul offensive.