Trump To Endorse Ryan; UPDATE: He Did It...And Endorsed Ayotte and McCain As Well 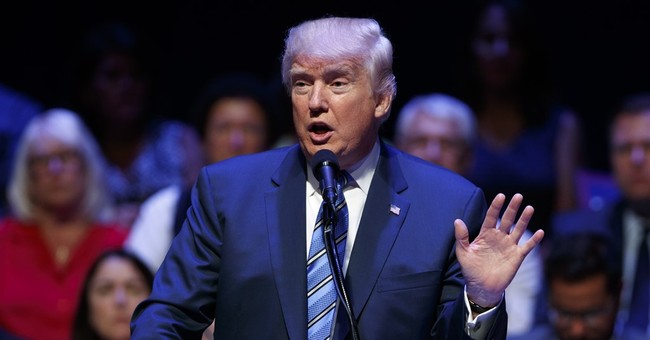 UPDATE: Speaking at a campaign rally in Green Bay Wisconsin, Republican nominee Donald Trump endorsed Speaker of the House Paul Ryan, who he called a “good man,” and someone who he agrees with on most issues. He also endorsed Sen. John McCain’s re-election bid, saying he holds him in “the highest esteem, despite attacking him for being captured during the Vietnam War a little over a year ago. Trump also said that he backed Sen. Kelly Ayotte, who is fighting for her political life in New Hampshire. She’s trailing Democratic Gov. Maggie Hassan by ten points.

After infuriating party leaders over his refusal to endorse Speaker of the House Paul Ryan, the Republican nominee is reversing course, planning on endorsing him later tonight at his rally in Green Bay (via CNN):

Donald Trump is expected to endorse House Speaker Paul Ryan on Friday, moving to mend an intra-party rift that has put the Republican presidential nominee at odds with its highest-ranking elected official.

The move comes just days ahead of Ryan's Tuesday primary matchup with challenger Paul Nehlen, who has played up Trump's refusal to back the speaker -- as well as Ryan's tepid support for Trump.

It's not clear that Ryan is keen to receive Trump's endorsement. He repeatedly told Wisconsin radio stations in recent days that he's only seeking endorsements from the voters in his district, and a Ryan aide said he hadn't received word as of early Friday afternoon of Trump's plans.

When Trump said that he wasn’t “quite there” regarding endorsing Ryan, Zack Roday, a spokesperson for Ryan, said, “Neither Speaker Ryan nor anyone on his team has ever asked for Donald Trump's endorsement. And we are confident in a victory next week regardless."

And they should be. Ryan is ahead by 66 points over his primary challenger, Paul Nehlen—and he has a 80 percent approval rating with Republicans in his district. Is the GOP internal drama over?

Is the GOP internal drama over? Probably not since Trump really isn’t a Republican. Then again, that was one of his most appealing qualities in the primaries. Don’t be shocked if does something else that distracts us from attacking Hillary. After all, how can you when you create unnecessary drama with the Speaker of the House. For now, it looks as if this endorsement episode is over.