Socialism Has Killed The Big Mac In Venezuela 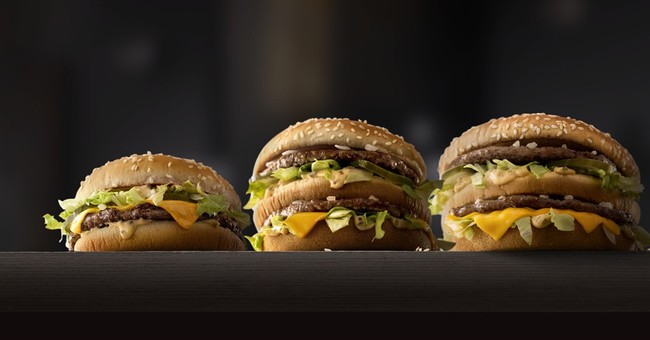 Supply shortages are so bad in Venezuela that the local McDonald’s chains have had to cease serving Big Macs because they don’t have the ingredients anymore. And the economic outlook overall doesn’t look any better, with the economy projected to contract by 10 percent this year. Inflation is set to soar to 700 percent as well (via CNN Money)

McDonald's has been forced to suspend sales of Big Macs in the country because it can't source one of the burger's key components.

The country can't pay to import some goods because its government is desperately strapped for cash after years of mismanagement of its funds, heavy spending on poorly run government programs, and lack of investment on its oil fields.

The International Monetary Fund forecasts Venezuela's economy will shrink 10% this year, worse than its previous estimate of 8%. It also estimates that inflation in Venezuela will catapult to 700% this year.

The country has been anguishing under the failed left wing policies that began with the late Hugo Chavez. He called it 21st Century Socialism that has now relegated Venezuelans to eating out of trash cans due to a lack of food, a hospital system that’s operating under 19th century conditions, a breakdown of law and order, and virtually no access to basic medicine, which has led to tragic results for the 200,000 Venezuelans living with chronic illnesses.