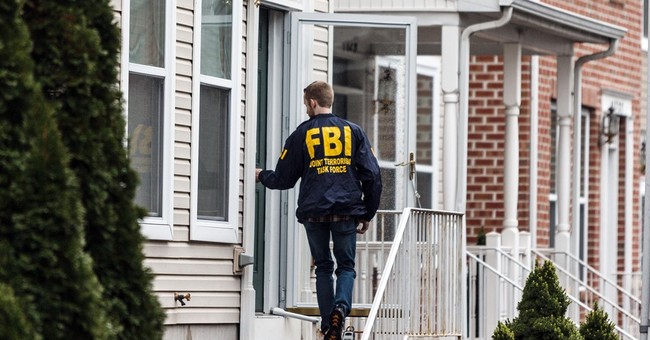 The Pennsylvanian Republican Party was disconcerted with the lack of focus on terrorism at the Democratic National Convention in Philadelphia. Now, Hillary Clinton plans on holding a rally at Broad Street Market in Harrisburg, a few blocks from where a man with ISIS ties was arrested last December. Barbara Miller of PennLive reported that the PA GOP plans to hold a press conference on the matter at the party headquarters on State Street later this afternoon:

We believe Mr. Trump is tougher on fighting terrorism, while her career is littered with failed policies regarding terrorism," said Megan Sweeney, GOP spokeswoman.

Sweeney said the GOP isn't implying that the rally location is unsafe.

“The Clinton campaign has not put a major focus on terrorism, and this is something that affected Harrisburg recently," Sweeney said. "What we have seen is terrorism can strike anywhere. But yet the Clinton campaign and the DNC have largely been not discussing it."

U.S. Rep. Scott Perry, R-York, will be at the Republican State Committee office at 5 p.m. with other GOP leaders to discuss these issues.

As Cortney noted, the first day of the DNC featured 61 speeches, none of which addressed the threat of ISIS. President Obama’s speech on Wednesday night mentioned ISIS twice; while Clinton barely touched on the threats we face from radical Islam in her address Thursday night. ISIS has struck Europe multiple times—and the continent is already on edge as they also try to deal with the growing Syrian refugee crisis.

Concerning Harrisburg, a man who was arrested for ISIS ties was 19-year-old Jalil Ibn Ameer Aziz, who used 57 different Twitter accounts to bolster his extremist activities. He referred to himself as Col. Shami. When the FBI raided his home, a tactical backpack, knife, high-capacity magazine with ammunition, along other materials the agency felt was being used for a planned attack of some sort were found. He was immediately charged on “two counts of attempting to provide material support to terrorists.”