It’s Official: Bernie Gets His $15 Minimum Wage Included Into The Democratic Platform 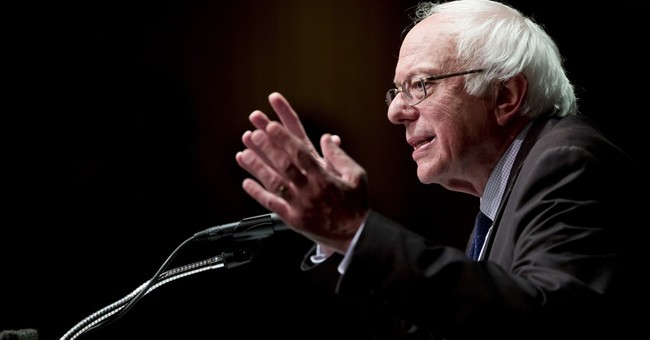 Cortney wrote last month how the coveted $15/hour federal minimum wage that Sanders supported wanted included into the 2016 platform could be in doubt. Those rumors were later dispelled when the platform committee made it official over the weekend that the minimum wage would be increased “over time” and indexed to inflation, according to the Associated Press:

Bernie Sanders' crusade to shape the Democratic party platform scored a win late Friday night, with the approval of an amendment calling for increasing the federal minimum wage to $15 over time.

The fight to get more explicit platform language around wages showed the Vermont senator's campaign still fighting for the liberal issues that made up his "political revolution" even as his clout fades.

In the weeks since Hillary Clinton clinched the Democratic nomination, her primary rival won a few policy concessions and influenced the party's platform. But he's also angered fellow lawmakers for not promptly endorsing his primary foe and has seen his influence wane as President Barack Obama and Sen. Elizabeth Warren stepped in to unify the party behind its presumptive nominee.

Sanders is still seeking more platform concessions at the party meeting in Orlando that broke up just after 1:30 a.m. Saturday, with plans to return later in the day. But he appears to be winding down this period of denouement, with his endorsement of Clinton now expected to come at a joint event next week.

The meeting of the Democratic National Convention full Platform Committee began slowly in an Orlando hotel ballroom on Friday, but Sanders' supporters were pleased when they approved an amendment to the platform backing raising the federal minimum wage to $15 per hour "over time," indexed to inflation. The earlier draft did not explicitly call for the $15 federal minimum wage.

The party platform, while non-binding, is a good indicator as to the direction of the party’s policies. We knew that the 2016 platform would be one of the most left wing in recent memory, given that one-third of the committee seats were given to Sanders due to his better than expected showing in the Democratic primaries. In some ways, for Sanders, who probably got into the race to make some noise, to voice his opinions about issues he cares about, and to maybe shift the party more to the left on those issues—this is a win in itself. So, here’s to the next step in the evolution of the service economy, where robots (or kiosks) will do everything.