Twelve Years From Now, This Entitlement Program Will Be Bankrupt 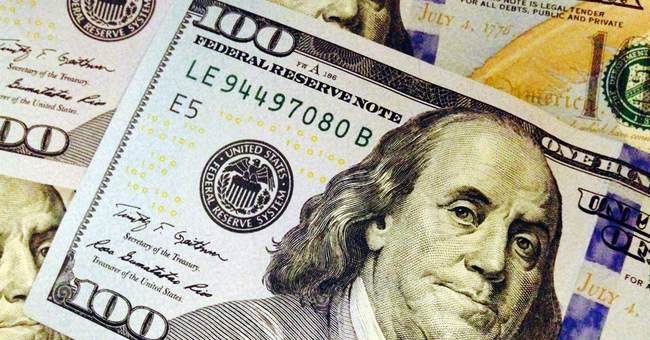 Concerning entitlements, an issue that’s fallen by the wayside since the horrific Orlando attacks, there’s more bad news. Social Security will dole out additional money to beneficiaries. Is that a good thing? Not really—it’s only increasing by a whopping $2.50, which The Associated Press aptly noted is enough to maybe buy a gallon of gas. It’s Medicare; that’s where the cliff becomes more apparent after 10 years (via AP):

Meanwhile, Medicare is expected to go bankrupt sooner than expected - 12 years from now. And some beneficiaries could face higher monthly premiums next year.

The annual report from the trustees of the government's two bedrock retirement programs warned that politically gridlocked Washington needs to act sooner, rather than later, to shore up finances and avoid upending the lives of millions of retirees and their families.

Social Security's trust funds are expected to be depleted in 2034, unchanged from the trustees' projection a year ago. Medicare's trust fund for inpatient care will be exhausted in 2028, two years earlier than previously projected.

If Congress allows either fund to run dry, millions of Americans living on fixed incomes would face steep cuts in benefits.

After Social Security's trust funds are depleted, the program would collect enough in payroll taxes to pay only 79 percent of benefits.

The rather horrifying friendly reminder is that 10,000 baby boomers today, tomorrow, and over the next two decades become eligible for Medicare and Social Security benefits. The ship of state sees the iceberg ahead—and we’re going to hit it unless we do something. For now, nothing is going to happen because Democrats are confused as to who was responsible for the Orlando attack. A radicalized young Muslim man, who pledged allegiance to ISIS during the shooting, perpetrated it. Yet, the anti-gun Left feels that guns are the issue, and the AR-15 rifle, which wasn’t even used in the attack, has to go.